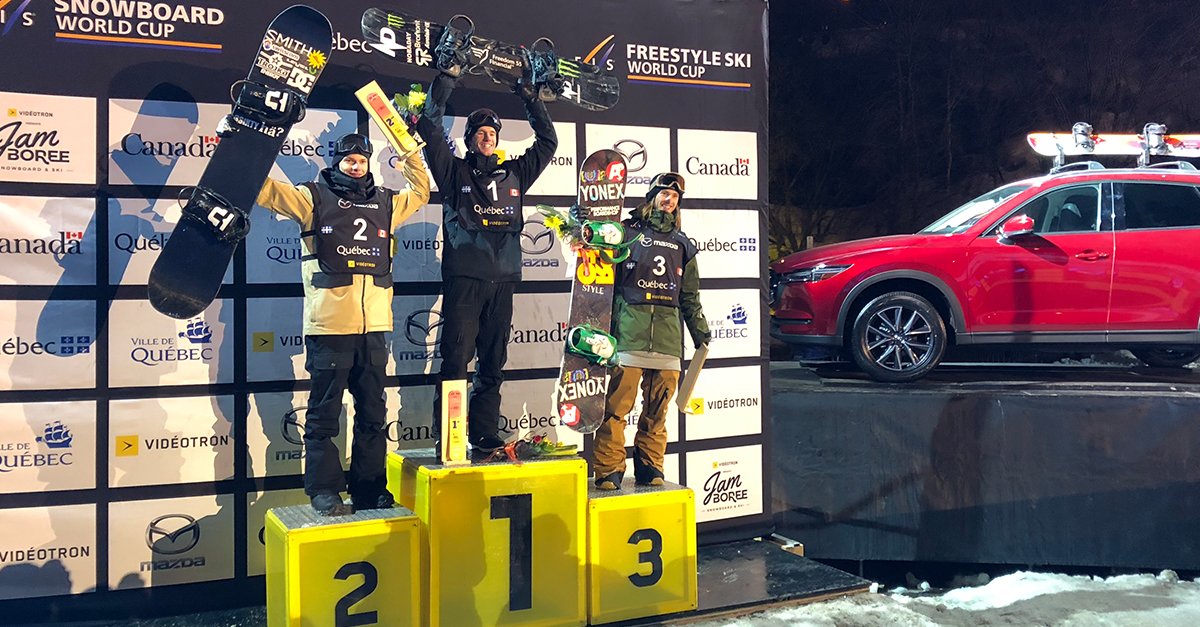 With a combined score of 195.25, Parrot was more than ten points ahead of the swiss rider Jonas Boesiger in second, impressing the judges with a Frontside Triple Cork 1440 and Backside triple cork 1620 to nab the top spot. The Bromont native was clearly stoked to have taken home the win, especially in front of the Canadian crowd.

"That’s always the best feeling. The goal here was to put on a show for them. It’s super great to finish well at the last FIS World Cup of the season and it’s been a really good season so far."