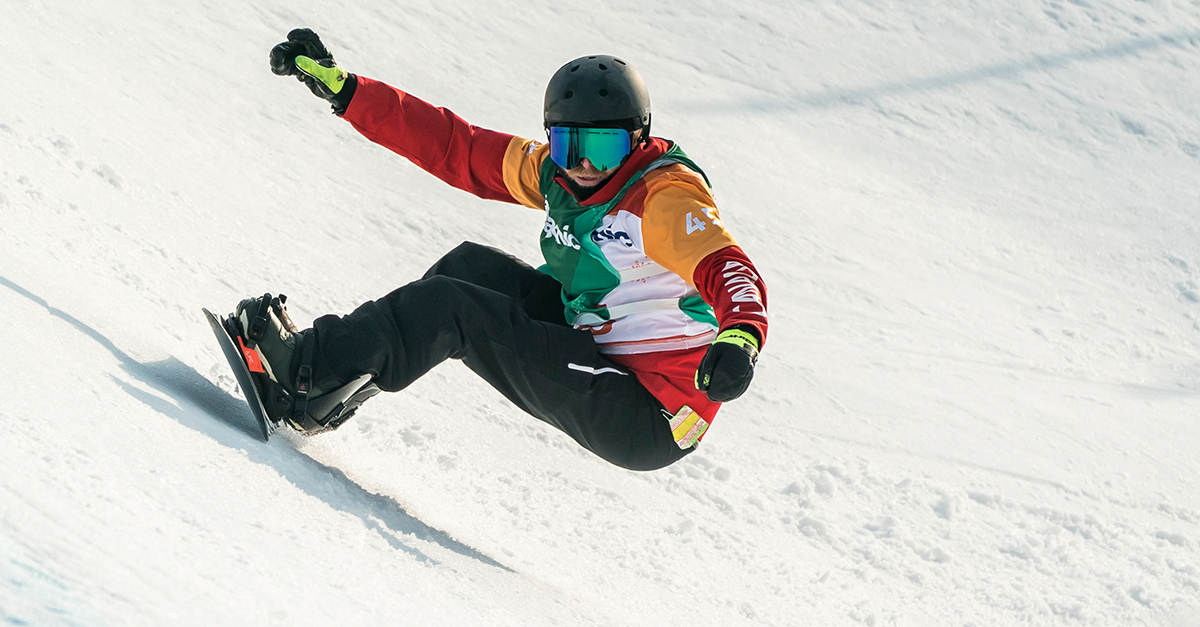 After securing several top ten results in Monday’s Para Snowboardcross event, the Canadian Paralympic Snowboard team will be once again looking to make history at PyeongChang 2018. Competing in the first ever Paralmpic Banked Slalom event, Canada’s  7 snowboarders are on the hunt for Canada’s first ever paralympic snowboard medal.

As opposed to the head to head format of the Snowboardcross event, Banked Slalom features one athlete on course at a time, navigating the berms and competing against themselves and the clock to post the fastest time possible.

The top finisher at Monday’s Snowboardcross race in 4th place, Michelle Salt (Calgary, AB) came 3rd in the overall Crystal Globe standings for Banked Slalom this season after a string of good results which included back-to-back bronze medals at a pair of World Cups in Landgraaf, NED.

“Friday’s going to be a good day. It would be great to come home with a medal around my neck, but at the same time I’m here to represent Canada. I’m just going to go out there and do my absolute best and hope that that’s enough to make Canada proud. ”

Arnprior’s John Leslie was the top Canadian finisher in the Men’s LL-2 category, and has flirted with the podium all season long in Banked Slalom. One of two holdovers from the Canadian Sochi 2014 Paralympic Snowboard team, Leslie feels prepared both mentally and physically for Friday’s event.

“Being in the Paralympic village and watching Canada’s success over the past few days has really inspired me to want to be on the podium. I have spent four years preparing for this and I have no reasons not to be successful on Friday. To prepare myself I have been getting good rest, getting in my recovery, and having a blast with the boys [Curt Minard, Alex ‘Bubz’ Massie, and Colton Liddle]! Body and mind couldn’t be feeling better!”

Sandrine Hamel (Saint-Sauveur-Des-Monts, QC) shocked the field in Landgraaf earlier this season, narrowly missing out on the podium by less than a second in her first world cup of the season. A new addition to the NextGen program this year, the Quebec provincial athlete has her eyes set on a great performance.

“I’m really focusing on my mental performance. It’s something that is imperative at an event like the Paralympic Winter Games. So for sure I’m concentrating on Friday’s event, and my motivation is to get up on that podium.”

Curt Minard (Vernon, BC), Andrew Genge (Oshawa, ON), Alex ‘Bubz’ Massie (Barrie, ON), and Colton Liddle (Wawa, ON), all first time Paralympians, have also been preparing themselves for this race over the past few days, and are looking to build off of their Para Snowboardcross results when they take to the slopes of the Jeongseon Alpine Centre on Friday.