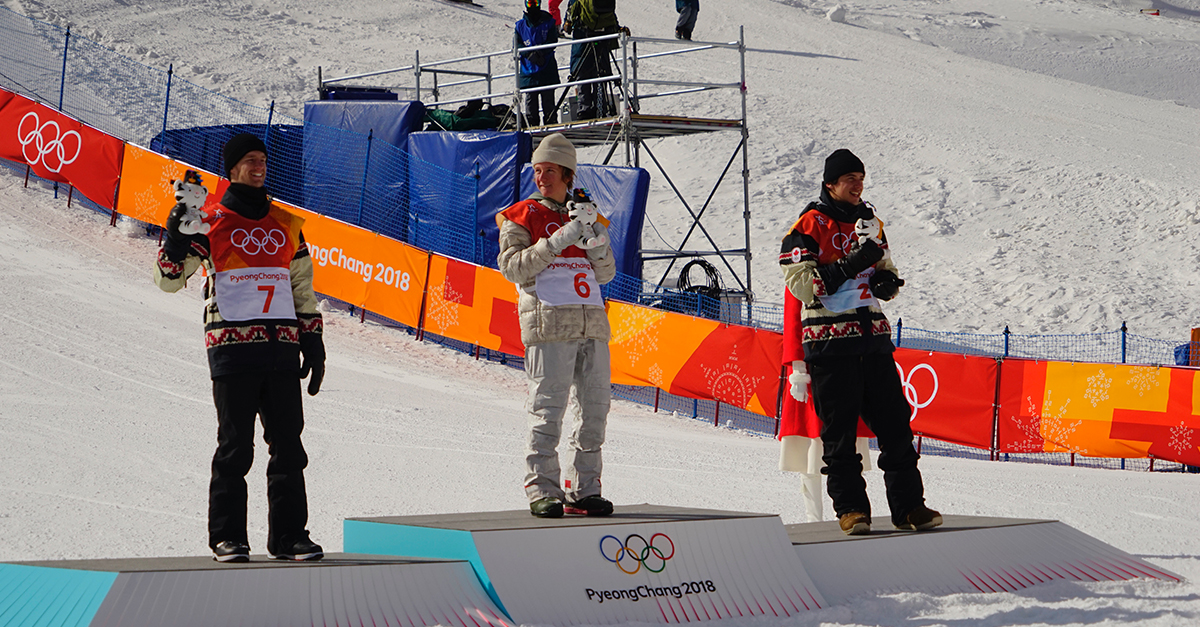 Canadian Snowboarders kicked off Day 2 of the PyeongChang 2018 Winter Olympic Games in serious style, with Max Parrot and Mark McMorris grabbing silver and bronze in men’s snowboard slopestyle. This is Max Parrot’s first Olympic medal, McMorris’ second after he captured bronze at Sochi 2014. These are also Canada’s first medals of the PyeongChang 2018 Winter Olympic Games.  The USA’s Red Gerard took home the gold.

Parrot & McMorris were two of 4 Canadians (Sébastien Toutant, 11th,Tyler Nicholson, 7th) taking part in the 12 man final under a best run out of three format. Parrot was last to drop due to being the top seed in qualifying, and after falling on his first two runs and being ranked last, responded to the pressure by landing a clean run to score an 86.00 and to climb the second step of the Olympic Podium.

After recovering from a serious accident in the Whistler backcountry he sustained less than a year ago, McMorris was ready to compete in his second games, and grab his second olympic medal in as many tries with a score of 85.20

Mark McMorris becomes only the second Canadian to hold two olympic medals in snowboarding after Dominique Maltais (2006, 2014) and is the first Canadian male to accomplish this feat. These medals also represents Canada’s 8th and 9th medals in Olympic snowboarding disciplines.

Due to inclement weather, the Women’s Slopestyle Qualifications have been cancelled. All riders will proceed to the two run format final. The final is currently scheduled for 5 PM PT/8 PM ET.

Women’s Halfpipe qualifications are also scheduled for tomorrow at 8:30 PM PT/11:30 PM ET. Mercedes Nicoll (North Vancouver, BC) Elizabeth Hosking (Longueuil, QC) and Calynn Irwin (Toronto, ON) are all in the mix.