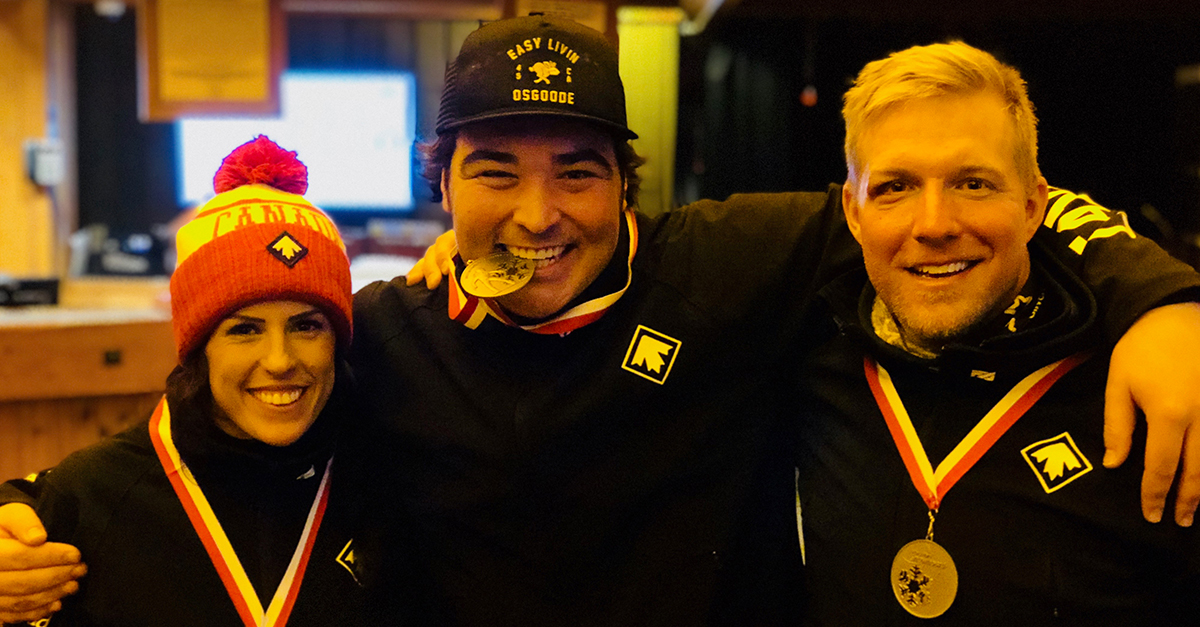 It was a historic day for Canadian Para Snowboarding at Big White Ski Resort as Alex Massie (Barrie, ON), Curt Minard (Vernon, BC), and Michelle Salt (Calgary, AB) all took home World Cup medals. Massie and Minard grabbed World Cup silver for the first time of their careers while Salt managed to grab her third bronze of the year and first in Para Snowboardcross this season.

Michelle Salt was the first of the Canadians to pick up her hardware after prevailing in the small final of the Women’s Lower Limb 1 category over the USA’s Megan Harmon. Minard was up next, and after taking a nasty spill in his first heat he was able to reach his career first big final and snag silver behind France’s Maxime Montaggioni in the Upper Limb category. In Men’s Lower Limb 2, Massie was neck and neck with Japan’s Gurimu Narita for most of the race, and came in just behind the Japanese rider to secure his first world cup silver of his young career.

"I just went out there with no expectations and had some fun and it paid off. I’m so stoked. I’ve got a couple of bronzes so I’m slowly working my way up in the Upper Limb category so I’m absolutely ecstatic to have a silver world cup medal."
-Curt Minard

"Obviously happy to compete at home, and to have such an awesome, technical, but fun course. It’s kinda cool to see that we’re all upping and progressing on our riding level. I feel like the [event staff] have it really dialled in and this is one of the best competitions on the circuit."
- Michelle Salt

"It’s special. Team Canada showed up today,  we straight operated all over the course today. It was a bit of a battle out there today, some mental barriers for sure but worked through it, came out as close to the win as I can be happy with. It still feels pretty good to hang that silver around my neck for the first time."
-Alex Massie