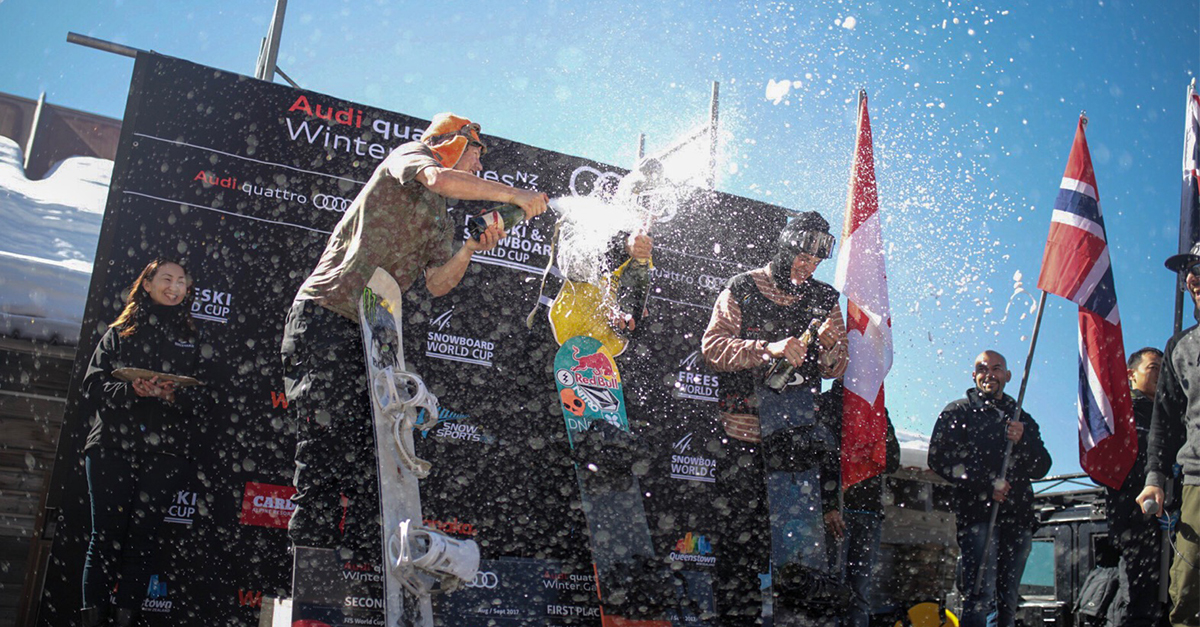 Competing in his first World Cup since last January’s LAAX Open, Darcy Sharpe (Comox, BC) took home the silver medal in the first Slopestyle World Cup of the season in Cardrona, New Zealand on Sunday. The canuck posted a score of 85.33, bested only by Norway’s Marcus Kleveland (85.58), to claim the second spot ahead of New Zealand’s Carlos Garcia Knight (84.58).

Sharpe landed a smooth and clean run on his second and last try after taking a spill on his first go through. Putting "mind over matter", the canadian impressed with his rail tricks before launching into a switch backside double 1260 mute, backside double 1080 mute, frontside 1080 off toes mute on the jump line. As this was one of three Slopestyle World Cups before PyeongChang 2018, the stakes were high for the Canadian squad.

“It’s a very important event leading up to the Olympics so I really had my mind set on landing my run.” Commented Sharpe, who witnessed his sister Cassie Sharpe take gold in Freestyle ski Halfpipe a few days before the snowboard finals.

“When she does well I do well, I love that girl! She’s on fire, it only helps me. I’ll never be jealous but I will always be inspired to do as well as her."

Spencer O’Brien (Courtenay, BC) was the top finisher for Canada on the Women’s side, finishing in 6th while Laurie Blouin (Stoneham, QC) slid into 9th. Mikey Ciccarelli (Ancaster, ON) finished in 7th followed by Sébastien Toutant (L’Assomption, QC) in 15th.

The Cardrona Winter Games continue with a Halfpipe World Cup scheduled for September 8-9 while the Snowboardcross team will take to the slopes of Argentina’s Cerro Catedral for their first World Cup of the season from September 8-10.