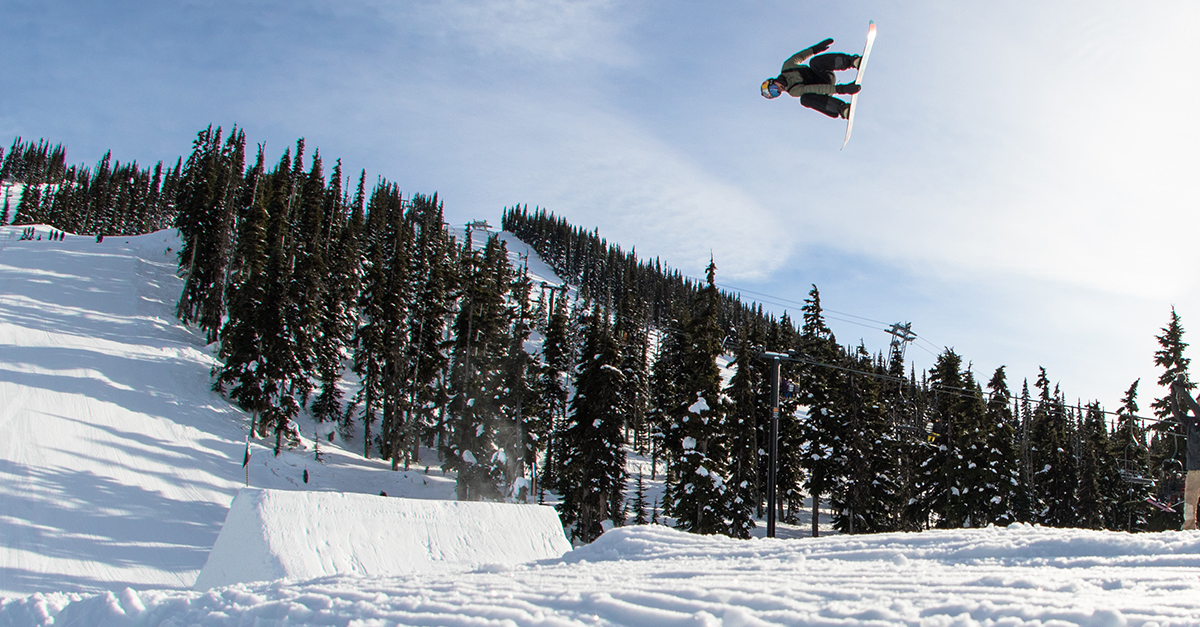 After 5 months of intense rehab following a horrific crash, Mark McMorris is ready to head back to snow. We caught up with the 14 time X Games medalist and Olympic Bronze medalist before he blasts off to Australia for two weeks of summer boarding.

Canada Snowboard: Walk us through what's been going through your head from being in the hospital to now being back on snow.

Mark McMorris: Lot of different thoughts have gone through my head since the injury to now being back on snow. Mainly a large transition from not really thinking about snowboarding at all because of the trauma I went through, to now looking oh so forward to getting back on snow and doing my passion.

Very thankful to get another shot at it.

CS: Tell us a bit about your recovery process and working with Damien Moroney at Fortius Sport & Health.

MM: The recovery process was super long and frustrating at times due to uncomfortable days at training and going back every single day. When you’re rehabbing, it’s not just like working out, it’s working out but being really uncomfortable and in a lot of pain.

Damien is somebody i can put my faith in, that I know he’s not pushing me too hard where I’m hurting myself, but not under doing it. I like to have somebody that’s built me back from every injury and was glad he could work with me through this whole process. From the moment I landed in the helicopter to the first time I woke up he was right there.

CS: We've seen a few shots of you skating, how has that helped in the recovery both physically and mentally?

MM: I think in a huge way skateboarding is really important for me coming back to snowboarding because for one, I can live with myself not skating to the best of my abilities so that’s a really good transition into finding out when I’m actually ready to return to snow.

It’s one of those things that’s easy, it doesn’t take a full day. I can skate before or after rehab and slowly progress to a point where I feel like I’m pushing myself and doing as much as I could at one point on my skateboard, feeling physically capable of pushing my body to its limits... and standing sideways can’t hurt. Skateboarding’s a really good tool for me when I started to get a lot better.

CS: How has the recovery process been this time compared to your recovery from your broken femur?

MM: I would say the two rehabs are very different in their own respect. Femur was one where I could jump right into it pretty much the day after surgery. It definitely didn’t feel great but I had to start working on it right away.

With this last injury  I had a lot of internal injuries, and vertebrae in my back, my ribs and such. I had to let them heal for almost a month without doing much movement at all so it was really slow off the start, but then it felt like we could progress almost faster in the gym once I got past that month because everything from my waist down was working really well.

This one was mentally a little tougher to swallow because I was starting to wonder "What am I doing" and "Why did it happen doing that and not trying some crazy trick" and telling everybody and explaining what happened. It was tough, it was probably tougher than the femur in a round about way.

We also caught up with Damien Moroney, Director of Rehabilitation and Performance Integration at Fortius Sport & Health, who has been working daily with Mark to make sure he’s ready to get back on his board.

Damien Moroney: Mark's early days of recovery were tough. There were minimal positions of comfort or relief during the first couple weeks, but Mark’s attitude and ambition to return to snowboarding were never in doubt.

I could not be more proud of the effort and positive energy that Mark brought to the training environment day after day. His hard work, perseverance, determination, trust, focus and love for the sport has led him to be ready and medically cleared to resume snowboarding in mountain terrain parks.

It was a long 5 months and there is still work to do to further build up his strength, power and functional capacity to prepare for international competition, but for now he can enjoy the ride, he’s earned it.

To follow Mark's snowboarding in Australia, make sure to check out: