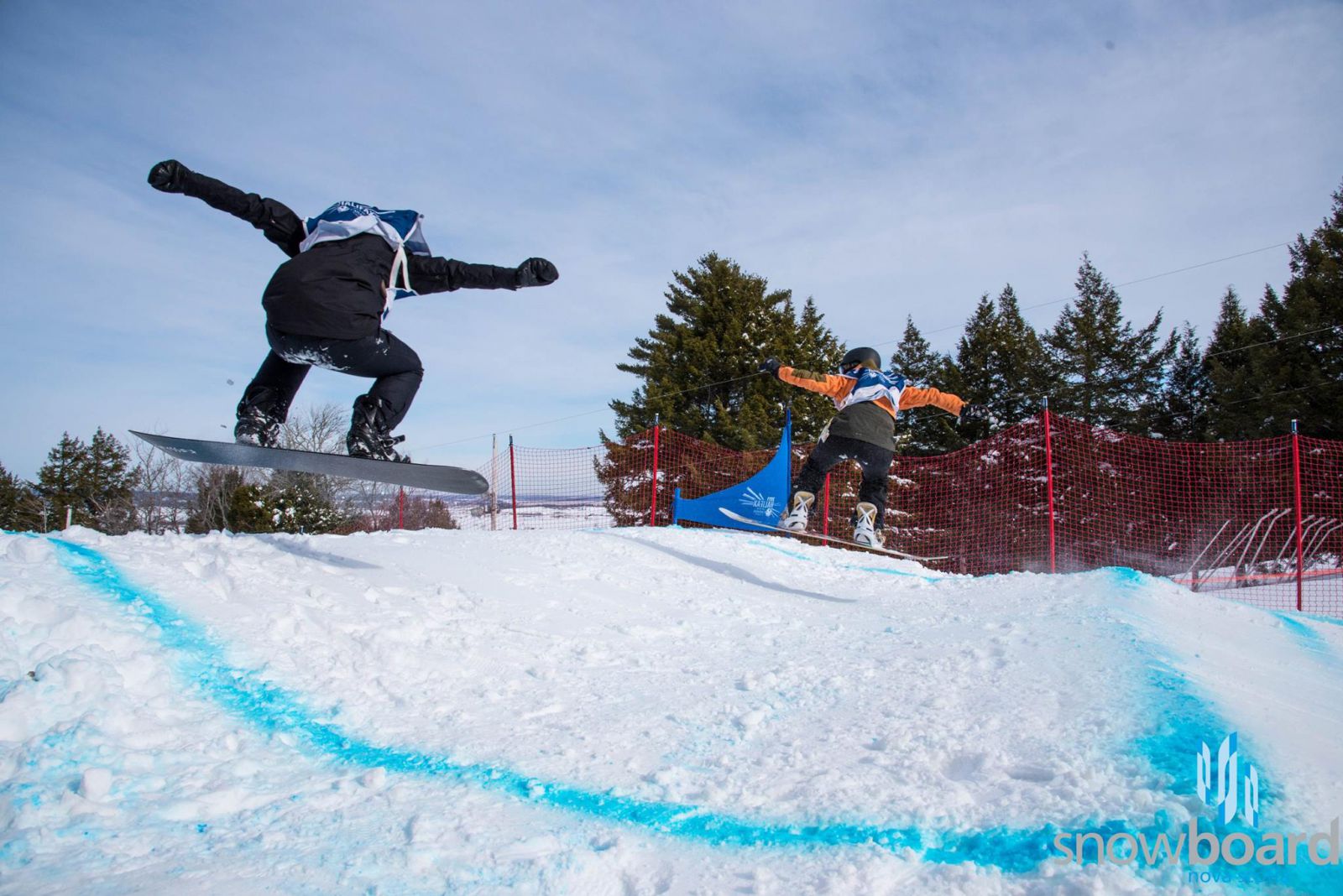 A province with a rich olympic snowboarding history, we head to Nova Scotia for this edition of the #PTSATop3

As a province that’s famous for its competitive racing spirit, it was an impatient seven year wait between FIS snowboardcross races in Nova Scotia. Prior to this season, the most recent FIS level competition took place back in 2010 at the Canada Games test event, so the Bluenoser Province was extremely excited when Martock hosted riders from across the Atlantic region in February. It was a great weekend of close racing (see results) and the event was so successful that it will return again in 2018.

Rising in the East

Zed joined a strong tradition of Nova Scotians seeking podium success in the halfpipe, while Moffat, for a second year in a row, continued blazing his own trail in the snowboardcross discipline. With dedication, perseverance and a bit of luck, the duo has the potential to build upon the legacy of fellow Nova Scotian riders like Trevor Andrews, Sarah Conrad and Alex Duckworth.

New Leadership On Board

Andrew Hayes, formerly the Provincial Sports Organization Admin, has now transitioned into the Executive Director role with NS Snowsports, a combination of Alpine Ski NS, Freestyle NS, CADS-NS and Snowboard NS. This combination will help Snowboard NS partner on bigger and larger events in the future.