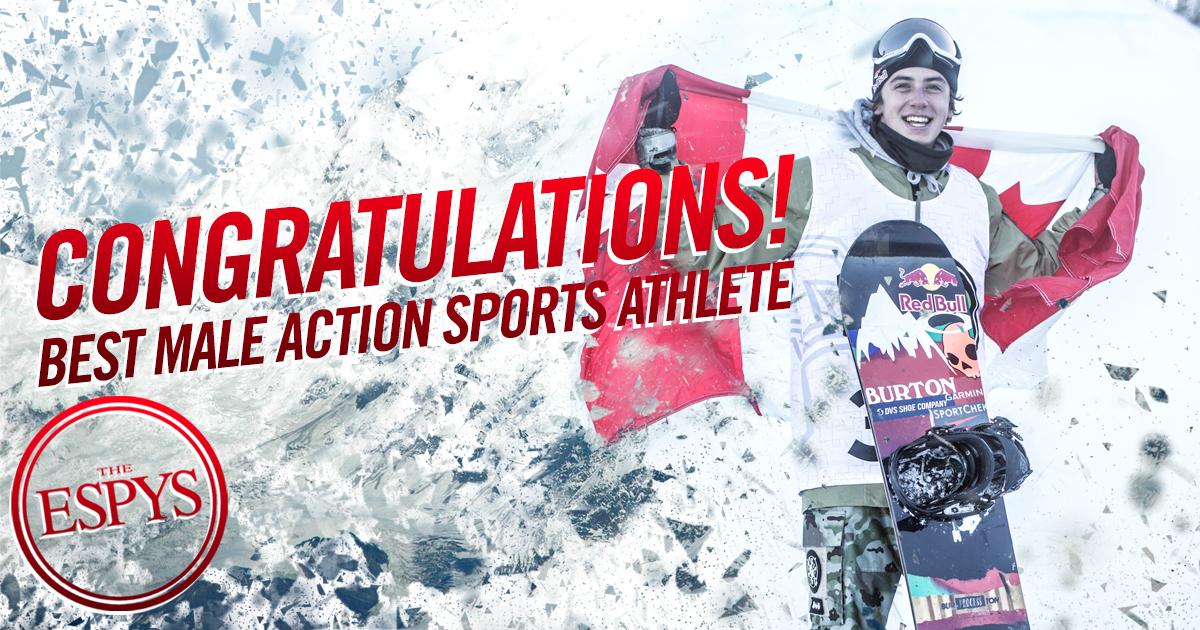 It was ‘fourth time’s a charm’ for Mark McMorris (Regina, SK) as he took home the ESPY (Excellence in Sport Performance Yearly) award in the category of Best Male Action Sports Athlete last night in Los Angeles, CA. This was McMorris’ fourth nomination and first-ever win, as he also became the first Canadian in history to capture the ESPY award in this category.

The award, decided by fan voting on ESPN.com, left McMorris feeling humbled and very thankful for the incredible fan support.

“Fourth time’s a charm! It’s truly an honour to represent Canada and the snowboard community at such an amazing showcase of sport,” said McMorris, "Huge thanks to all of my friends, sponsors and fans that have been so supportive over my career. Thanks for all of the votes Canada!”

McMorris enjoyed one of the most successful seasons of his career, as he captured three X Games medals, Gold at the Dew Tour and historic Burton US Open, as well two FIS Crystal Globes. These results helped catapult him into a provisional nomination on the Canadian Olympic Snowboard team.

Canadians are encouraged to follow along McMorris’ recovery process by following: