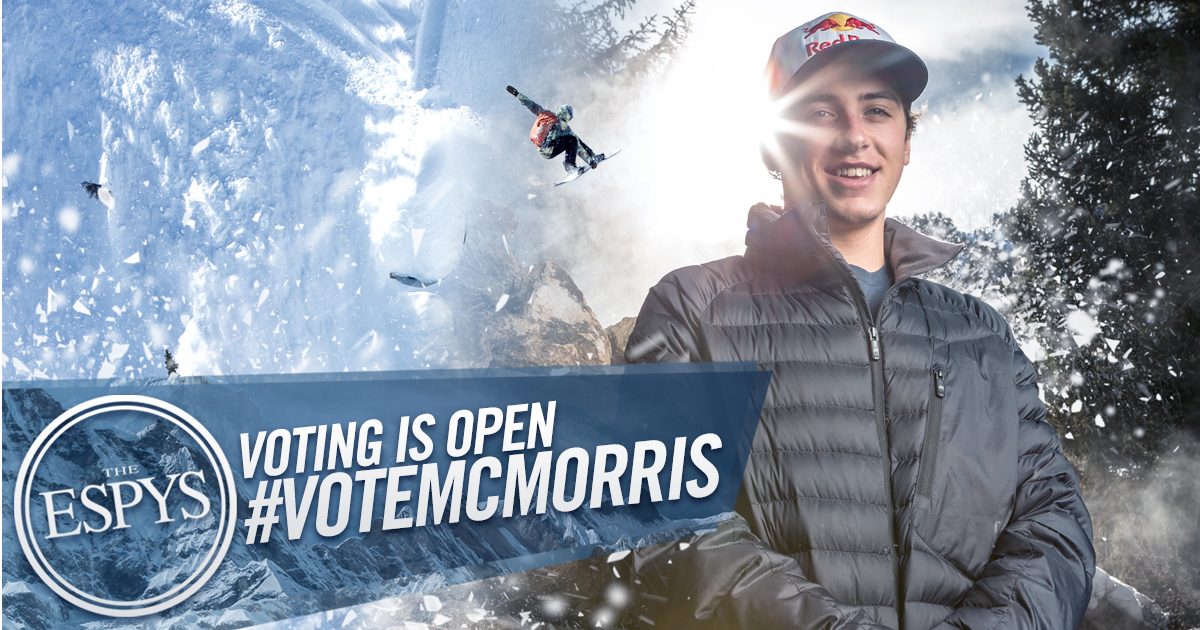 Canada Snowboard is encouraging fans to #VoteMcMorris and make Mark the first Canadian in history to win the ESPY in the Best Male Action Sports Athlete category, one of the most prestigious awards in action sports.

“It’s truly an honour to be nominated for an ESPY and to represent Canada and snowboarding at such an amazing showcase of sport’” said Mark. “I have my fingers crossed that the fourth time is the charm!”

Last season was probably Mark’s best. After coming back from a broken femur, he won three X Games medals, a Burton US Open Championship, a Dew Tour Championship, and two FIS Crystal Globes as the 2016/2017 Big Air and overall freestyle world cup champion. For his accomplishments on snow, McMorris was provisionally nominated to the Canadian Olympic Snowboard Team and will look to represent Canada in PyeongChang 2018.

Off snow, McMorris continues his recovery process and has been working hard to support kids, families and communities in need. Along with his older brother Craig, The McMorris Foundation has raised over $150,000 for Jumpstart, a charity that helps underprivileged youth participate in sport.

About the ESPYS
The 2017 ESPYS Presented by Capital One will be hosted by five-time NFL MVP and two-time Super Bowl champion Peyton Manning. The 25th annual ESPYS will be broadcast live on ABC Wednesday, July 12, at 8 p.m. ET from the Microsoft Theater in Los Angeles.

The award show gathers top celebrities from sports and entertainment to commemorate the past year in sports by recognizing major sports achievements, reliving unforgettable moments and saluting the leading performers and performances. The ESPYS honor ESPN’s commitment to The V Foundation for Cancer Research, a partnership launched with the late Jim Valvano at the inaugural ESPYS in 1993. Follow The 2017 ESPYS on Twitter @ESPYS.