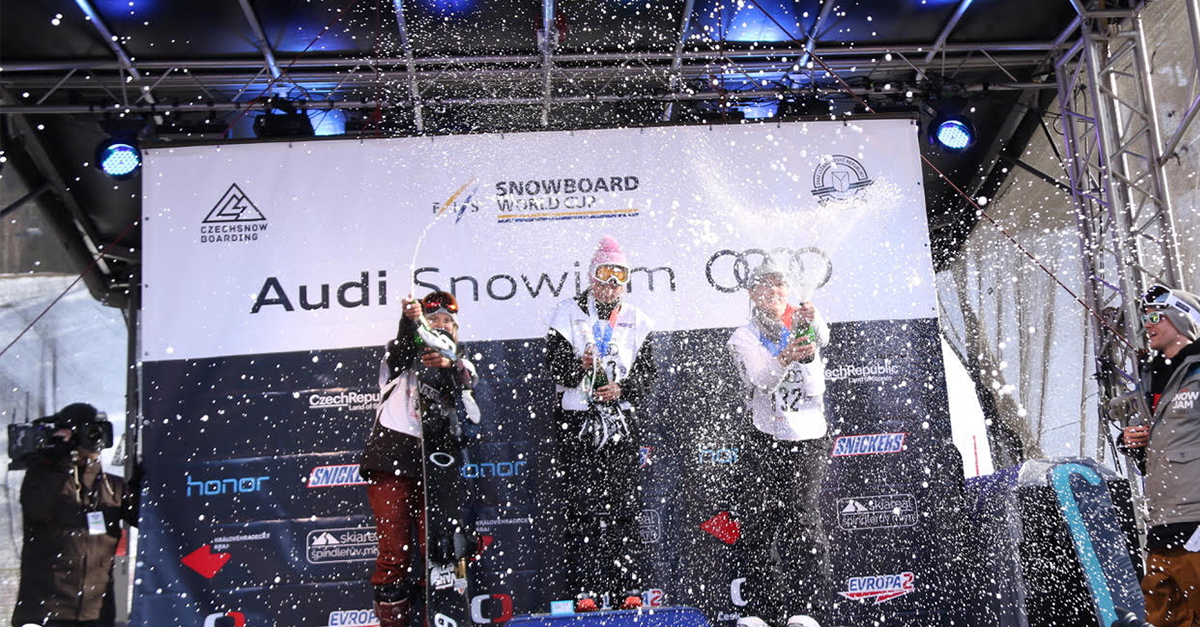 Competing in the last Slopestyle World Cup of the season, Spencer O’Brien (Courtenay,  BC) took home the silver medal in Spindleruv Mlyn, Czech Republic. O’Brien put down a solid and stylish run on her second attempt to score a 81.22 and take home the 2nd spot on the podium. New Zealand’s Zoe Sadowski Synott (87.35) and Germany’s Silvia Mittermueller (73.40) finished in 1st and 3rd respectively.

The silver medal represents a career first FIS World Cup podium for the 6 time X Games Medalist, who was also crowned World Champion at the FIS Slopestyle World Championships in 2013.

"I’m so happy to end up 2nd and secure some much needed points towards my Olympic quota." said O’Brien, who was quick to credit the riding of her fellow competitors. "The course was really fun and it was cool to figure out different lines and switch up my run a little bit. The ladies all rode so well, it was a great day in the slush."

The Saskatchewan native narrowly edge out compatriot Max Parrot (Bromont, QC)
(3617.60 points) with 4200.00 points after both riders had a career year on the World cup circuit with podiums in Big Air and Slopestyle in Korea, Quebec, Switzerland and more.

Para-snowboarder John Leslie (Arnprior, ON) took home second place in the men’s LL2 categrory in Saturday’s snowboardcross NorAM race at Copper mountain. US Nationals will continue with a second snowboardcross race on Sunday.

Over in Switzerland, Kevin Hill (Vernon, BC) finished 4th in the last individual Snowboardcross World Cup event of the season. In a hard fought final, Hill was unfortunately bumped by another competitor but was able to recover and finish strong, one step off the podium. Carle Brenneman (North Vancouver, BC) finished second in the womens’ small final and 8th overall.​