Behind the scenes at #RedBullUncorked

Few locations in the world are more scenic to ride your snowboard than Grouse Mountain, overlooking the city of Vancouver with views stretching towards Mount Baker, Vancouver Island and beyond. Amidst a hectic competition schedule in the lead up to next year’s Olympics, Red Bull assembled a crew of their team riders alongside members of the Canadian national team between February 20th-25th, 2017. The aim of the week was to session a perfect course full of creative features with CBC Sports and countless others on hand to take in the action.

You can check out the full #RedBullUncorked edit here! 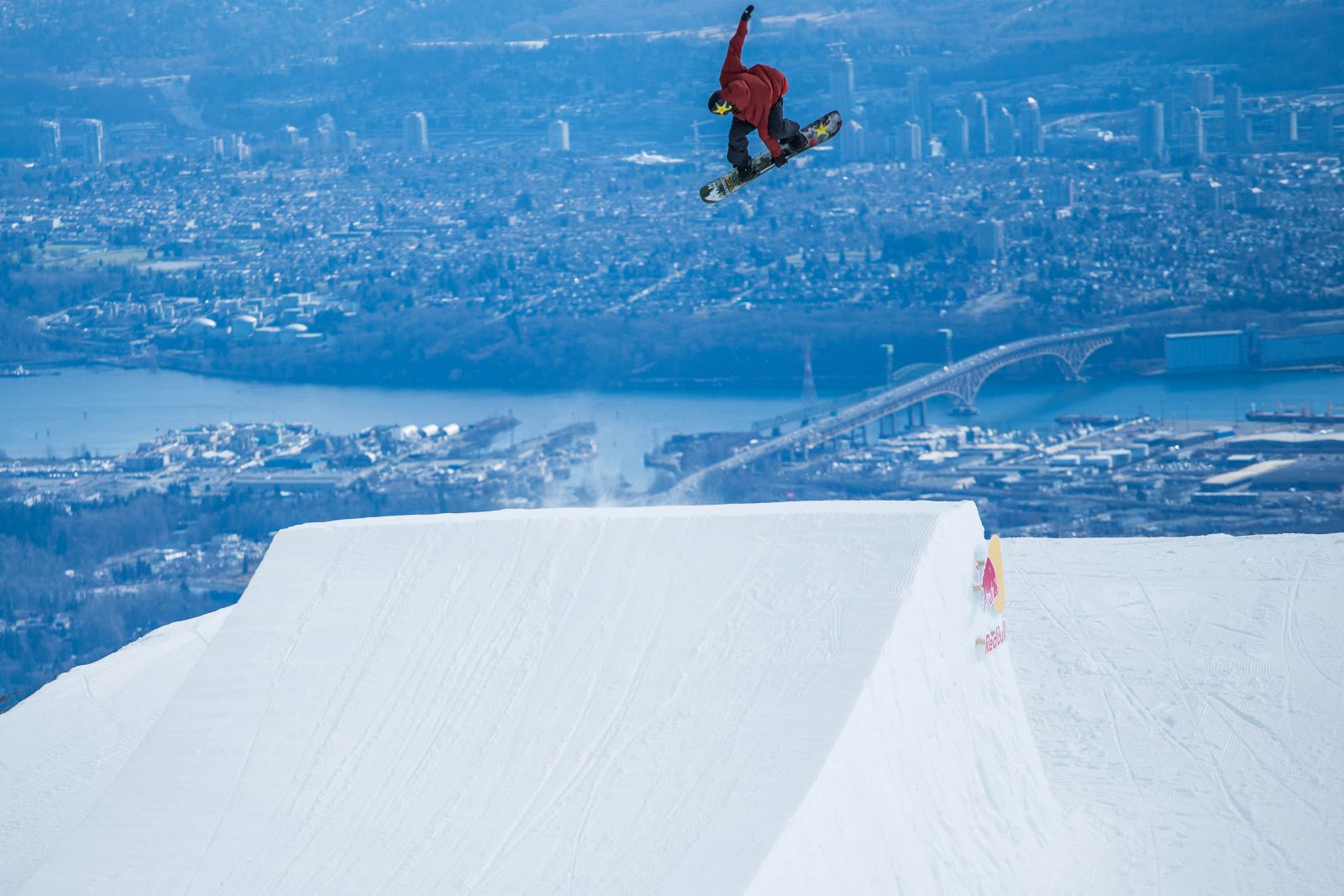 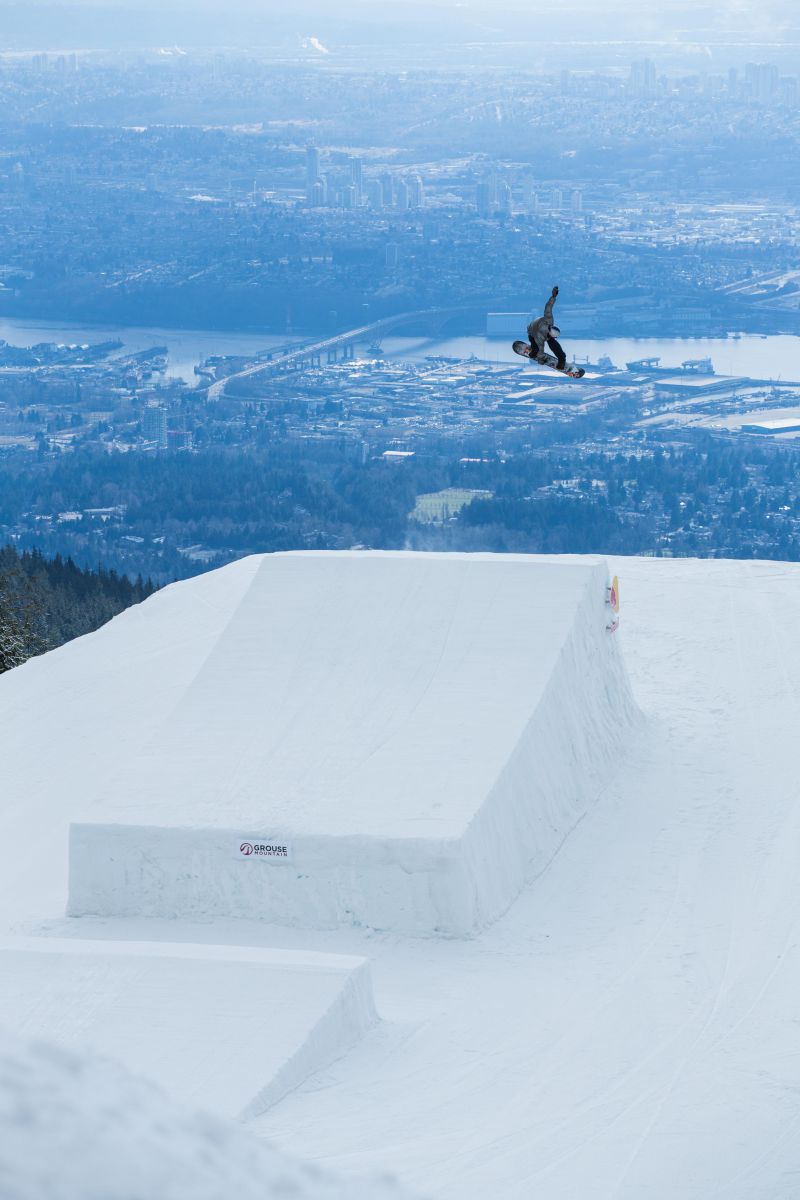 ​The riders involved in this project included national team members Mark McMorris, Seb Toots, Tyler Nicholson and Mikey Ciccarelli. Also on hand to deliver a style clinic were Craig McMorris, Yuki Kadono and Scotty James, constituting a dream crew for a park shoot. While the timing of the session occurred in a typically-rainy time for the city of Vancouver, the clouds co-operated during the week as they blew in and out, gifting weather windows which led to large crowds of skiers and snowboarders gathering behind the fences on The Cut run. 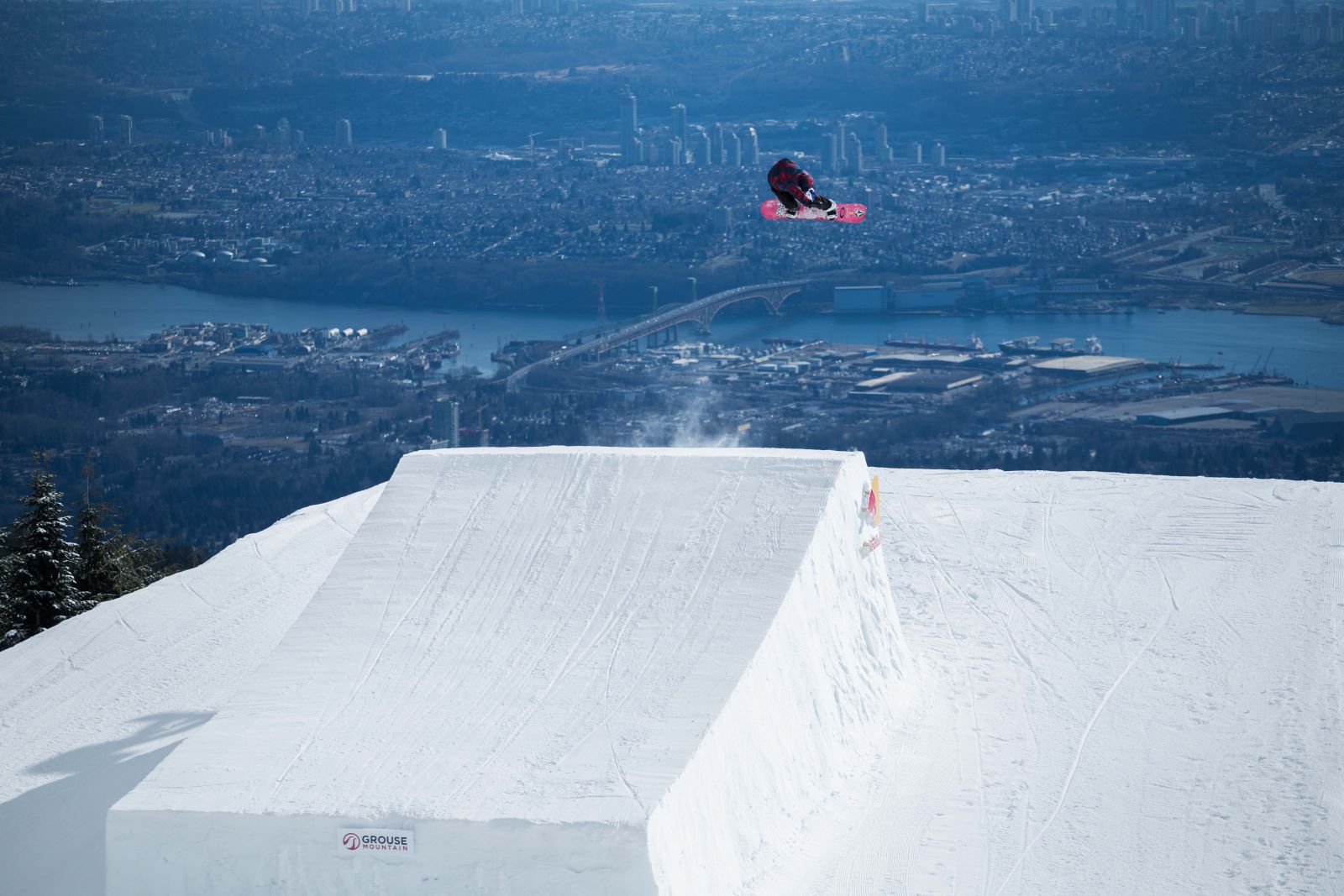 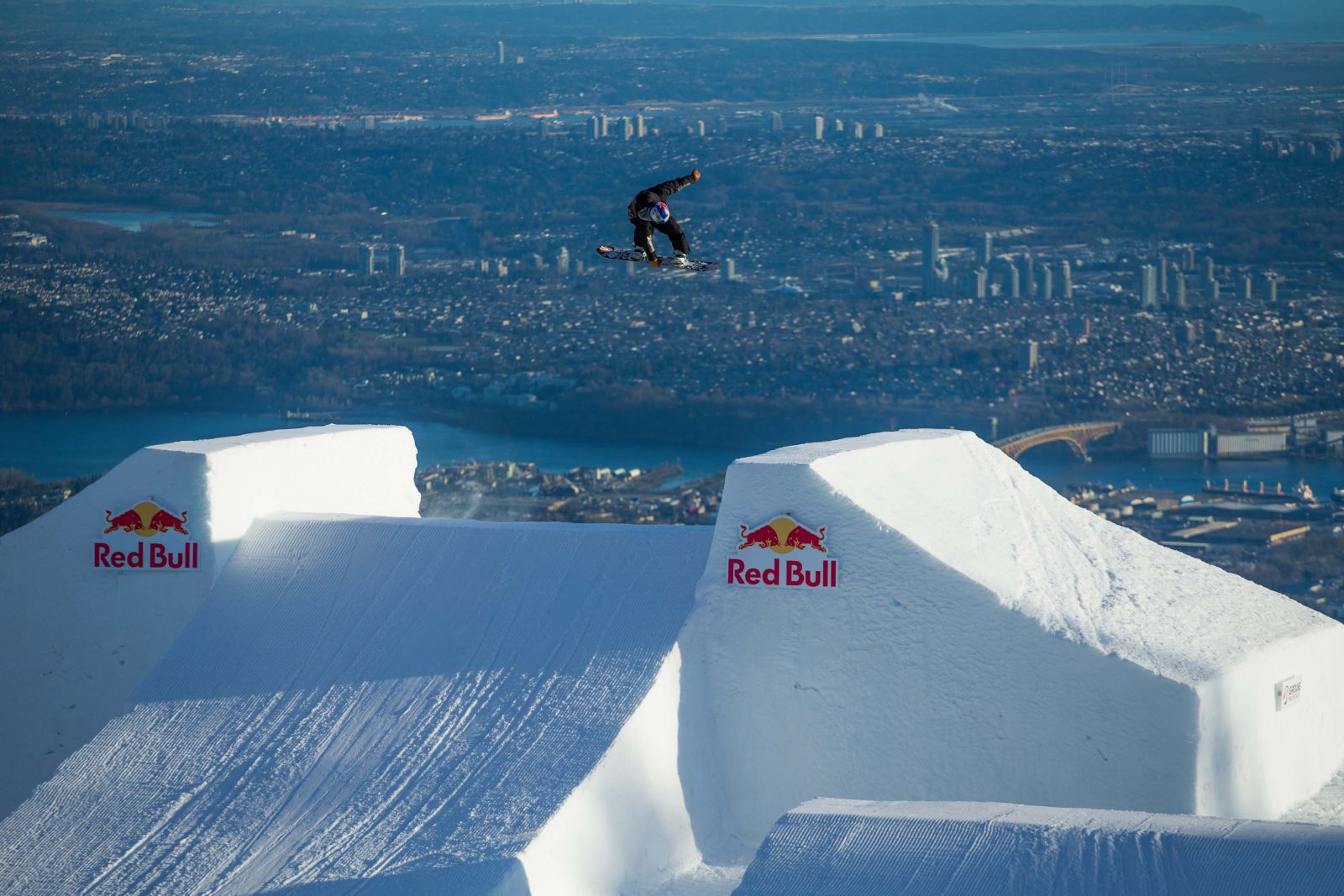 The set-up itself was something both special and different. The aim was to clearly shift the focus back onto the essence of snowboarding. With events such as last year’s Olympic Slopestyle test World Cup in Korea as well as the Burton US Open increasingly shifting towards creative courses, the park crew at Grouse Mountain reflected that change with what they had created. 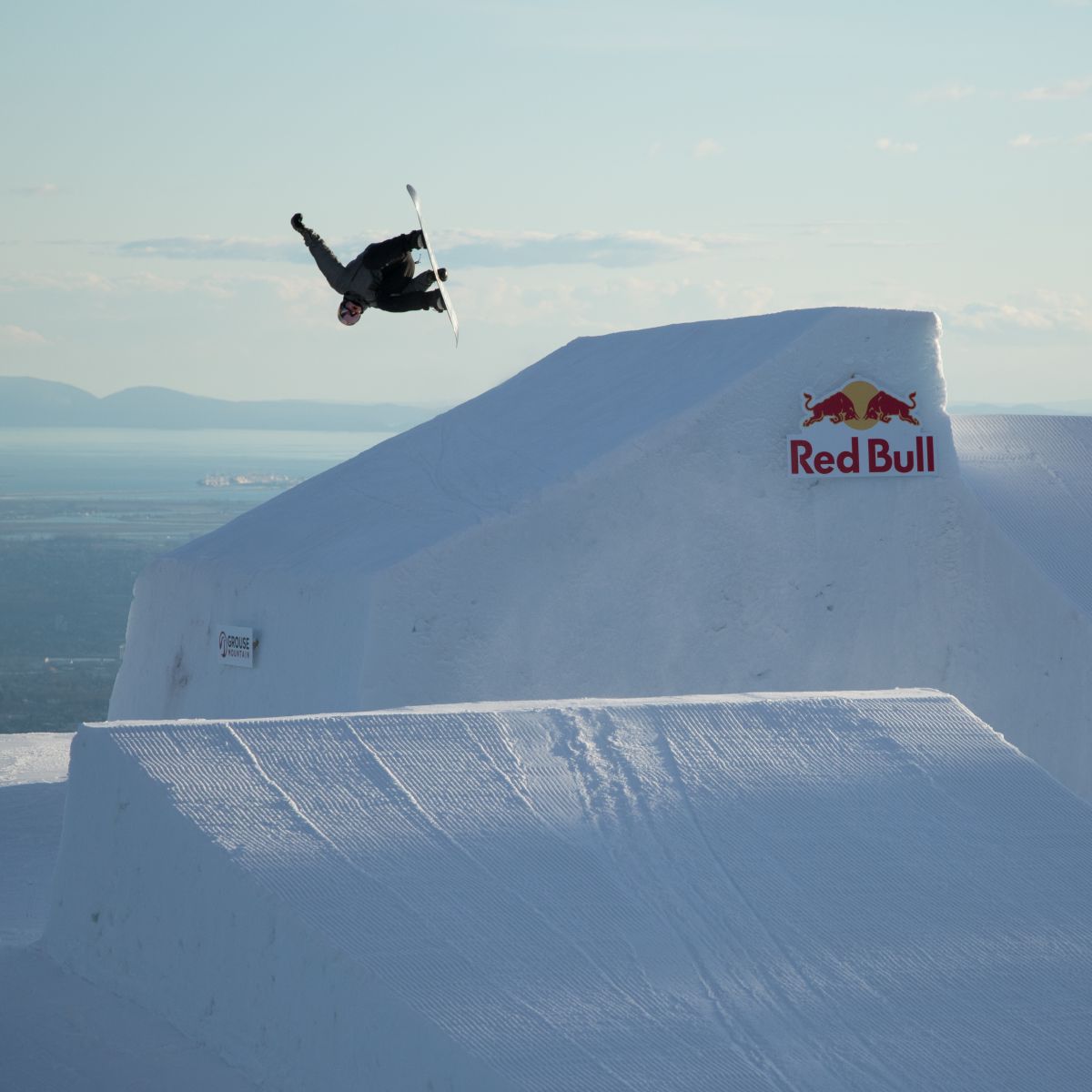 Mark McMorris utilizing the left side take off of the bottom jump feature. - credit: Edwin Poulston/@aneddyimage 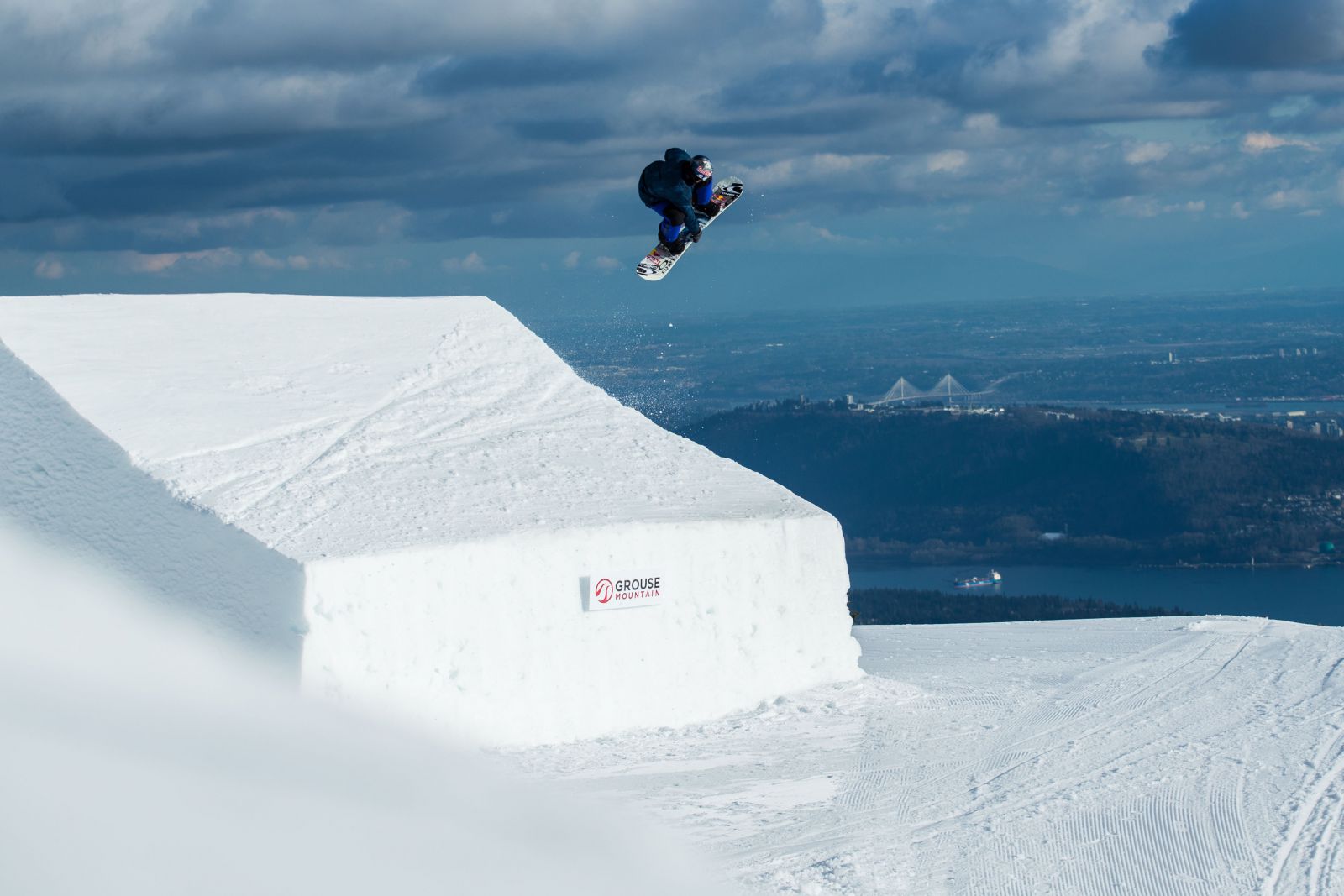 Seb Toots hitting the right side of the bottom jump feature

Somewhat reflecting a typical Slopestyle course with an upper section of rails flowing into a handful of creatively shaped jumps, modifications to these features encouraged classic style over spins. The course was built to reward technicality and creativity by creating jumps with a gap on the takeoff or creating two side takeoffs to the left and right of your standard park kicker. These features were all developed with input from Mark, Craig and Seb Toots to reward variety and creativity. The last hit of the course got the nickname, “The Toutant Transfer”. Delivered by tram in the lead up to the week, the Grouse park crew noted that it might have been the burliest rail feature they have ever set up. 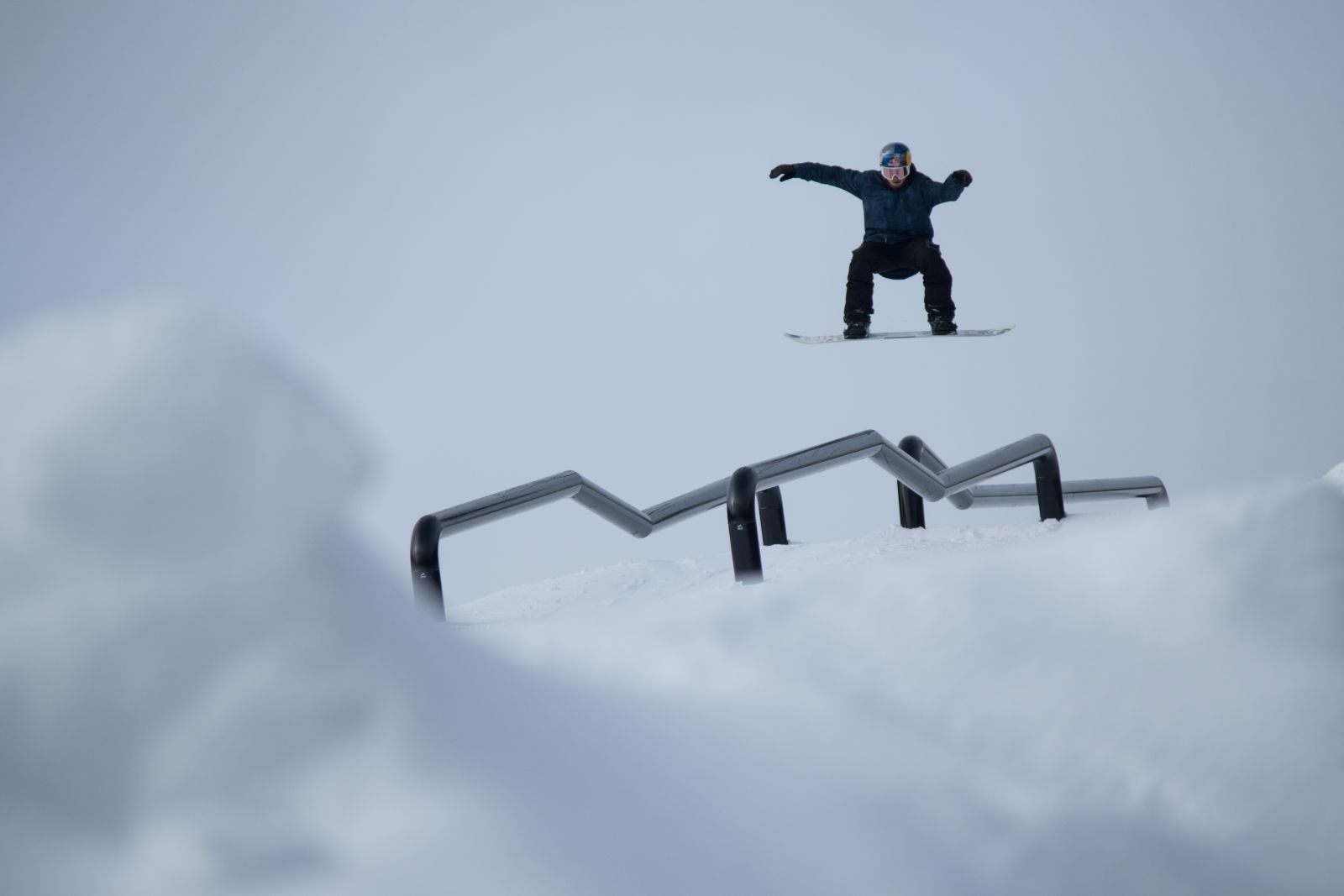 ​Limiting the likelihood of your standard double and triple corks during a standard park shoot through creatively altering features meant that the tricks that were thrown were highly refreshing. Notable crowd-pleasers included an abundance of methods, and a one-footed wildcat on the main takeoff of the bottom jump by Craig McMorris. 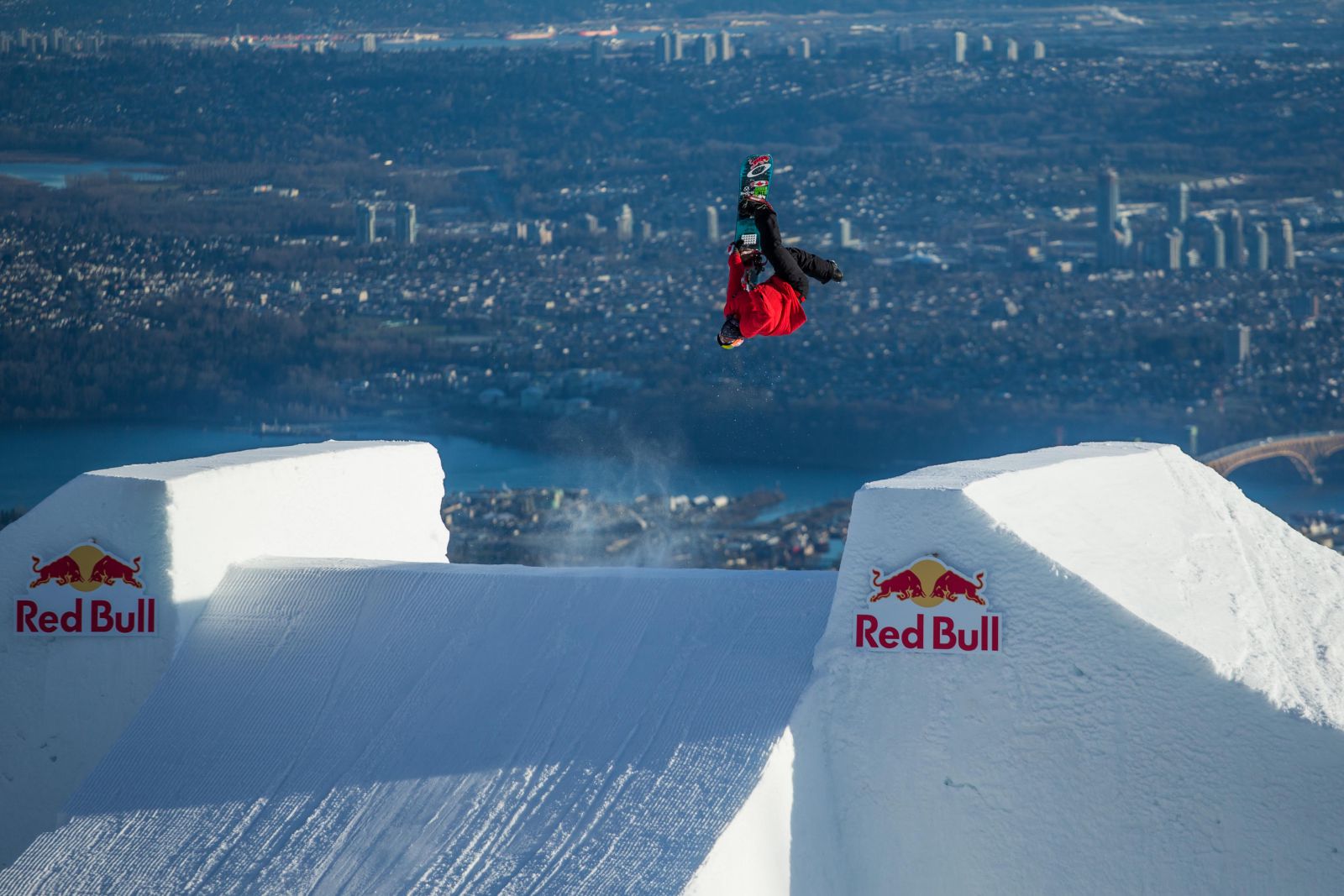 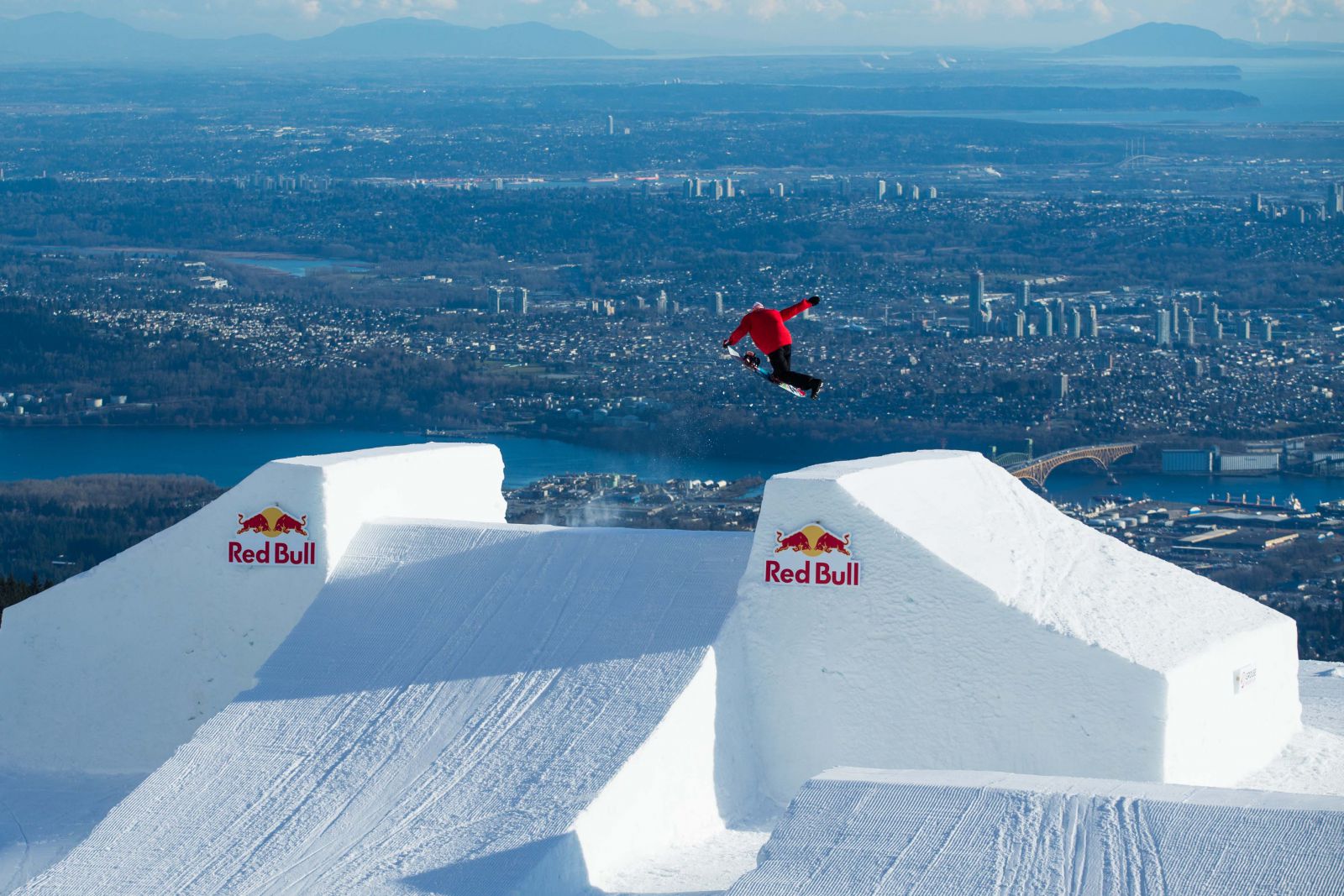 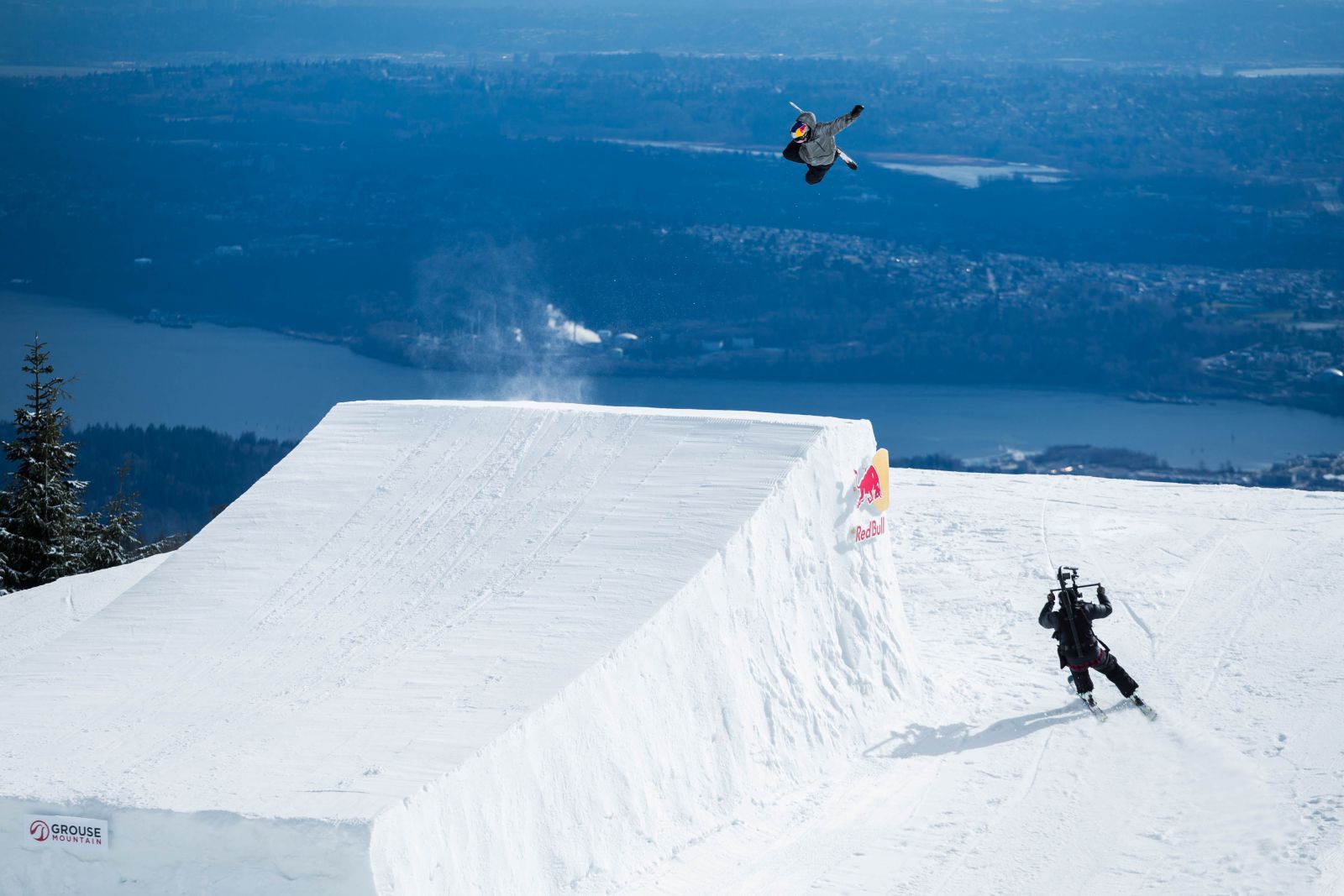 You can recognize Mark McMorris' style from a mile away

Getting back to the roots and essence of snowboarding was a focus of the week, and that goal most certainly ended up being a success. Mid-week, one night was purely dedicated to riding with the Grouse Mountain locals. Mobbing with a large crew through the various different parks on offer, the impact for many Vancouver shredders to ride with their heroes could not be understated. Taking two weeks to build and now open to the public, the ideas developed by the McMorris brothers and Toutant emphasizing style and creativity are now able to be enjoyed by everyone, just as all the riders’ stylish and technical approaches were. 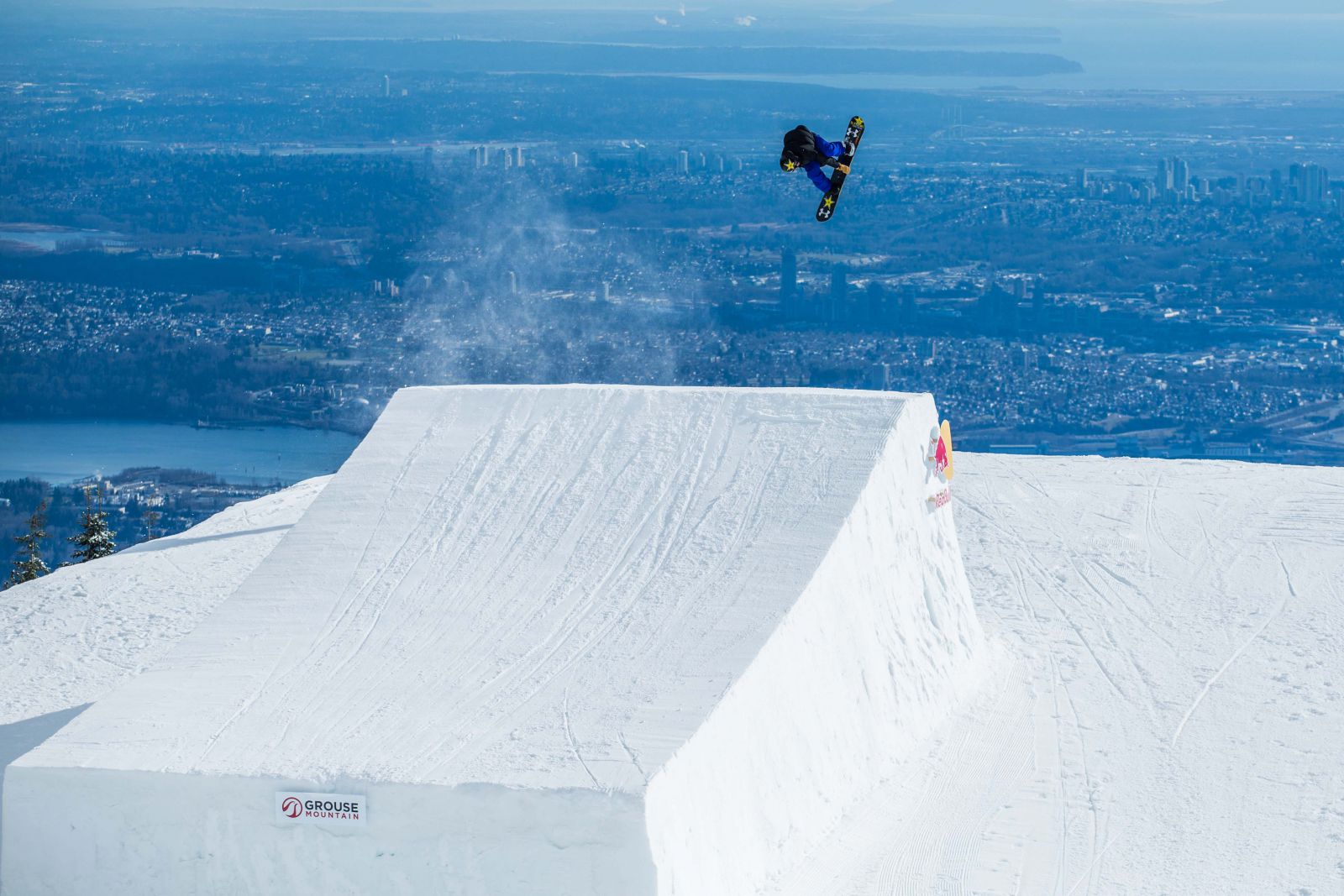 Tyler Nicholson getting the bird's eye view of Vancouver

Behind the scenes at #RedBullUncorked