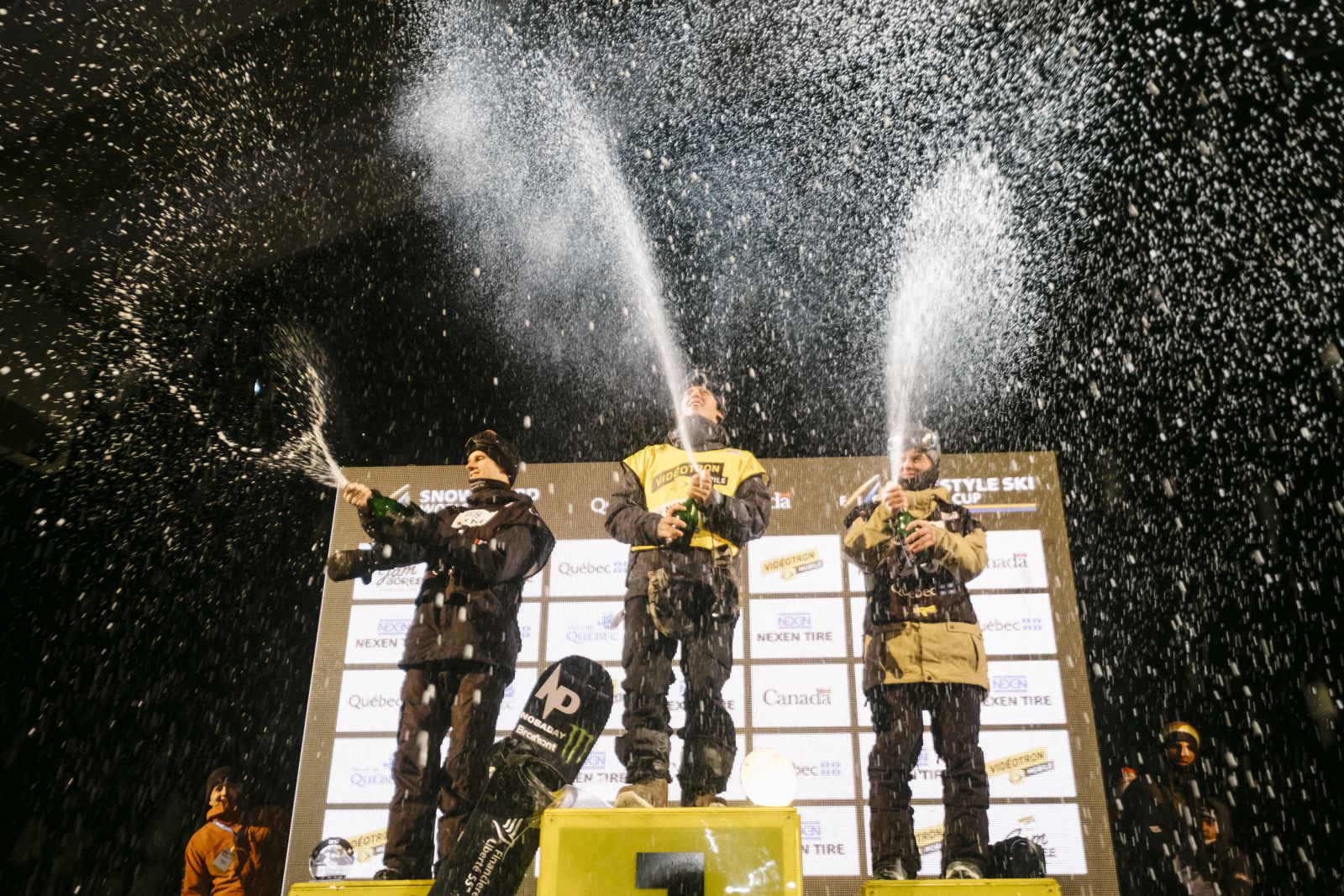 Canadians were out in full force at Quebec City’s Snow Jamboree for a pair of World Cups in Big Air and Slopestyle. Canada once again flexed its Freestyle muscle with 5 podium performances, including two double podiums, over the course of the weekend. Saturday Night’s Big Air belonged to Regina, SK’s Mark McMorris who walked away with the top prize as well as the FIS Big Air Super Series and FIS Crystal Globe Big Air overall titles, followed closely by Max Parrot (Bromont, QC) who grabbed silver.

Sunday’s Men’s and Women’s Slopestyle finals did not disappoint for the Canadian team, with Sébastien Toutant (L’Assomption, QC) laying down an incredible second run to take home top spot with McMorris taking home the silver. Brooke Voigt (Fort McMurray, AB) beat out many heavy hitters in the female competition to take home the bronze medal.

Big Air
In the heart of downtown Quebec City, the crowd was treated to quite the duel between McMorris and Parrot, both vying for the top prize at Canada’s lone snowboarding World Cup stop of the season. Parrot took the lead early on and finished with a score of 184.75, but McMorris would ultimately be crowned champion with a final score of 189.50.

The win also gave McMorris the inaugural FIS Super Series title after taking home bronze in October’s Milan Big Air Competition. McMorris’ Crystal Globe for the Overall FIS Big Air title is also a career first for the young Canadian, who was ecstatic to have won on home soil.

"To win the series here in Canada, on my last run, last rider to drop for the night, it’s so special!" Commented McMorris, who now has his eyes firmly set on 2018, with the Winter Olympics less than a year away.

Several members of the Slopestyle team will now head to the final Air + Style tour stop of the season in Los Angeles from February 16th-17th, 2017. 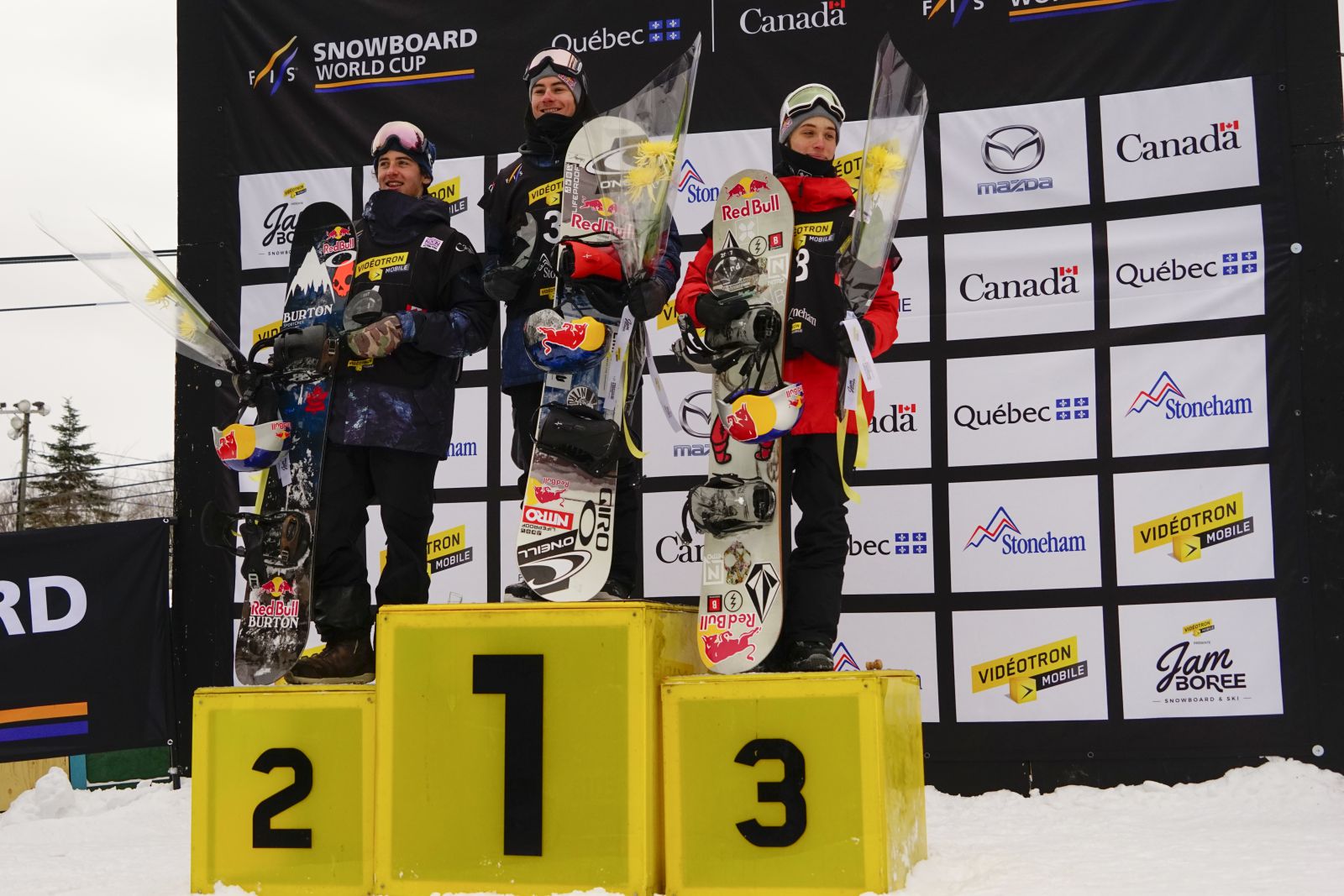 ​
Riders from all over the world took to the course at Stoneham, QC as Slopestyle made its snow jamboree return.  A heavy field of international athletes battled it out for the top spot, only to be bested by Quebec’s very own Sébastien Toutant, who stomped a flawless second run to score an 84.81 and take home the gold.

“I had a ton of pressure in my second run but I tried to stay focused. I knew I had that run which I landed a couple of times in practice.” said Toutant. “I'm super happy that I put it down. Taking a win in Quebec in front of my home crowd is awesome.”

McMorris’ first run was equally impressive, scoring a 84.60 with the judges on his way to taking the silver medal, making him two-for-two on podiums for the weekend.

In a World Cup featuring some very big names with some impressive Snowboardcross resumes, Meryeta O’Dine (Prince George, BC) stunned the veteran laden field by capturing the bronze medal at Saturday’s Feldberg World Cup. O’Dine was hot on the heels of Australia’s Belle Brockhoff and raced into 3rd in only her tenth ever World Cup start.