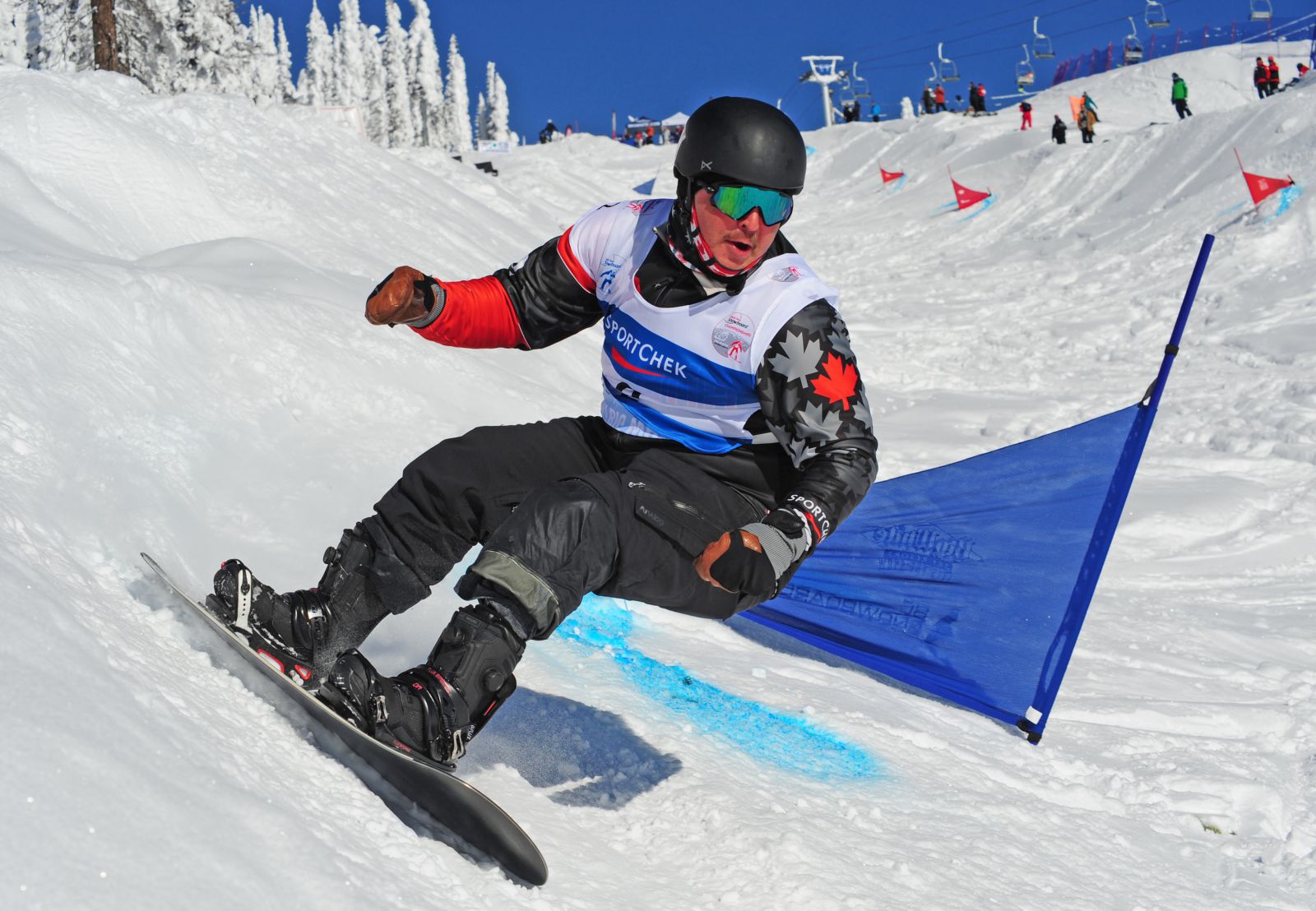 Kelowna, BC – A bluebird day greeted competitors and spectators alike at Big White Ski Resort on the last day of competition at the Big White 2017 World Para Snowboard Championships. The Banked Slalom World Championships did not disappoint, as riders from all over the world competed for the title of World Champion and many a podium was decided on the third and final run. Team Canada riders proudly represented the red and white, with John Leslie (Arnprior, ON) and Alex Massie (Barrie, ON) finishing in 5th and 6th respectively.

Following his 4th place finish in Saturday’s Snowboardcross World Championships, Massie posted a couple of solid runs on Tuesday afternoon, his fastest one clocking in at 1:09.27. Leslie continued to improve throughout the day, posting a time of 1:09.07 on his second run to finish within a second of the podium.

Canada’s top finisher in the men’s upper limb category was Vernon, BC’s Curt Minard improved on his first two runs by a full second, finishing the day with a time of 1:16.03 to finish in 8th place.

After tomorrow’s closing ceremonies, Team Canada will turn its attention to World Cups in La Molina, Spain before heading to the Republic Korea at the end of the month for the official test event of the PyeongChang 2018 Paralympic Winter Games.