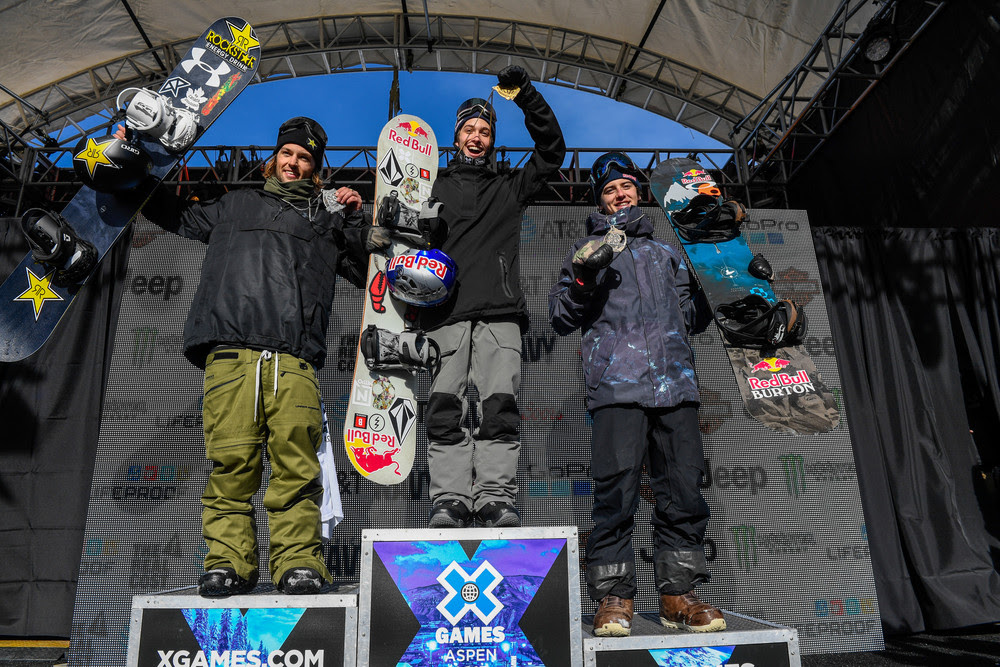 Another successful X Games Aspen for Team Canada was capped off by yet another double podium performance. In only his second ever X Games Aspen appearance, Tyler Nicholson (North Bay, ON) took home his first ever X Games medal with a silver in Sunday’s Men’s Slopestyle Final.  Mark McMorris (Regina, SK) followed up his impressive Big Air performance and took home his second bronze of the weekend with a score of 87.33. Norway’s Marcus Kleveland took home the gold medal

In his second and final run with the pressure on, Nicholson landed an impressive and technical rail section before boosting off the jump features with a cab 1440, switch backside 1260 japan grab, and frontside 1440.

Canada was once again well represented in the final, with 5 of the 12 riders coming from the great white north. After winning Friday’s Big Air competition, Max Parrot (Bromont, QC) barely missed out on a podium spot, finishing in 5th. First time X Games participant Mikey Ciccarelli (Ancaster, ON) slid into 10th with Sebastien Toutant (L’Assomption, QC) besting him by a single spot in 9th place.

A busy week lies ahead for Canada Snowboard’s national teams with parts of the Big Air and Slopestyle team headed to a Slopestyle World Cup at Mammoth Mountain or Air + Style Innsbruck before converging on the Quebec City Jamboree for a pair of World Cups in Slopestyle and Big Air.

Snowboardcross and Alpine snowboard athletes head across the pond to Bankso, Bulgaria for their respective world cup events while the Para snowboard team will compete on home soil at the Big White 2017 World Para Snowboard Championships from February 1-8, 2017.