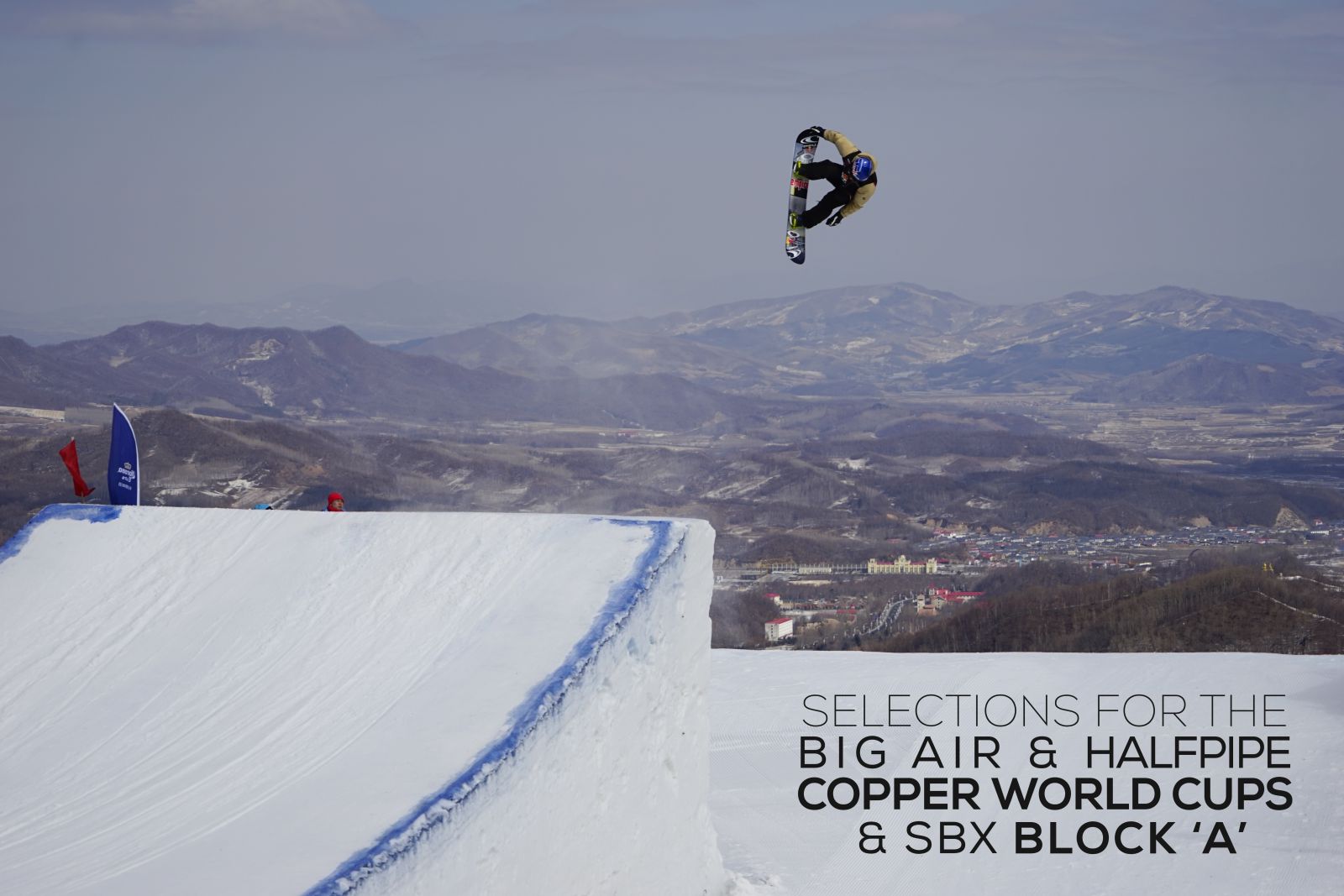 Athletes Selected to Block 'A' World Cups for Snowboardcross

In accordance with the 2016/2017 Canada Snowboard Snowboardcross selection protocol, the following athletes have been invited to represent Canada during the following block 'A' World Cups:

Priority in the allocation of competitive opportunities shall be given to members of the National Team.

Remaining competitive opportunities for the Block ‘A’ World Cups will be awarded to other eligible athletes who achieve a Top Half* result at one of the Pitzal, AUT Europa Cup races which took place on Nov 30, 2016 and Dec 1, 2016. The athletes will be ranked based on their results for the selection.
*Top Half result will count as qualifying through first set of heats

In accordance with the 2016/2017 Canada Snowboard Freestyle selection protocol, the following athletes have been invited to represent Canada during the following World Cups:

Priority in the allocation of competitive opportunities shall be given to members of the National Team.

For the remaining competitive opportunities, interested athletes must communicate their intentions to participate at an event by registering online at: https://www.canadasnowboard.ca/en/team/resources/fisreq/

Coaches registered outside of Canada may be approved on a case-by-case basis, the coach will need to accept and sign a reliability form and send a photo of his coaching membership for approval to Tyler Ashbee High Performance Manager at: glyre@pnanqnfabjobneq.pn.Na athlete may not participate in a FIS Snowboard World Cup unless coached by a Canada Snowboard approved coach listed at: http://www.canadasnowboard.ca/en/programs/coaching/currentcoach/.

The deadline for appeals of the selections listed in this announcement is Tuesday Dec. 6, 2016 - 5:00 pm PST.