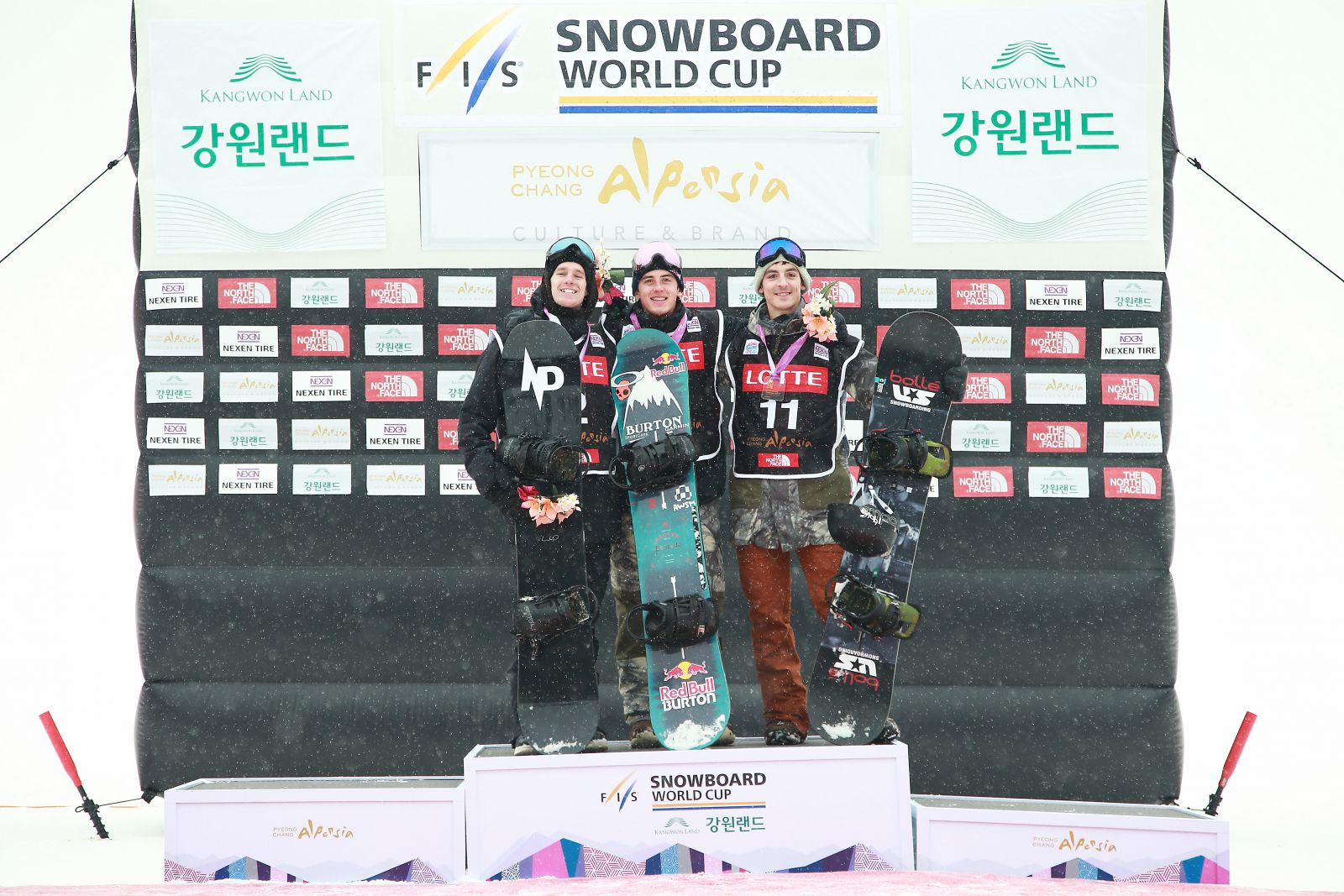 After an amazing qualification round from the Canadian Slopestyle team, Saturday's Olympic Big Air test event final was chock-full of Canadian content. Five Canadians, making up 50% of the field, took part in the men’s final at the Alpensia ski stadium, site of Snowboarding big air and ski jumping for the 2018 Winter Olympic games in PyeongChang. After a highly contested final, Mark McMorris (Regina, SK) came up with the win, his first since his femur break back in February. Max Parrot (Bromont, QC) wowed the crowd with a variety of tricks and took home silver while American Ryan Stassel rounded out the podium in 3rd.

“I feel awesome. It feels good to land that trick [frontside triple cork 1440]. That was the trick I broke my femur on, and I haven't tried this trick ever since.” Said McMorris. “It's a big mental thing for me to have overcome this and being first is the icing on the cake!”

Parrot, another Canadian Big Air specialist, stomped one of the biggest tricks of the afternoon, a cab triple cork 1620 (Switch FS three off axis spins combined with 4 & ½ rotations). It was another inspired performance from the Quebec rider, who recently became the first person to land a double backside rodeo 1440.

“It feels great to get second and I'm also happy to land a new trick on a scaffolding jump [cab triple cork 1620].” remarked Parrot. "I have been trying this trick for a long time, and I finally got it. So yeah, I'm happy.”

With five podiums already this season, the men’s Slopestyle team once again impressed on the international stage. Tyler Nicholson (North Bay, ON) finished one spot off the podium but was the talk of the competition thanks to his switch backside 1620 Japan grab. Sebastien Toutant (L’Assomption, QC), who posted the highest individual score of the final with a 97.00, finished in 7th. Darcy Sharpe (Comox, BC) ended up in 10th.

As the first official Olympic test event of the season, this world cup was an important preparation step for riders and organizers alike. South Korea will also host Olympic test events in Halfpipe and Alpine snowboarding later this season, with many Canadians expected to attend.

Canada Snowboard is looking for Writers!