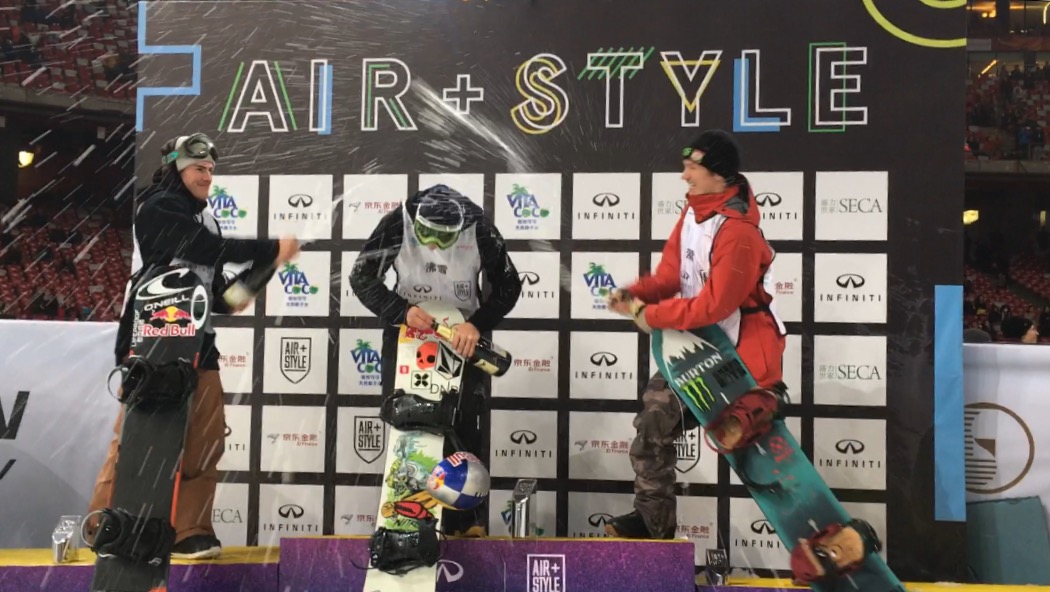 Riders battled it out all night with a series of impressive tricks, which included a clean backside triple cork 1440 from Sharpe. Toutant rebounded from a fall on his first run to score a whopping 92.3 points on his second run frontside triple cork 1440.

The Men and Women’s Canadian Slopestyle teams now head to Alpensia, South Korea for a Big Air World Cup that will also serve as the inaugural Big Air Olympic test event. With Canadian riders expected to contend for several Olympic medals, this represents an important stop on the road to PyeongChang2018. Viewers can catch all the action LIVE from Alpensia on CBCsports.ca starting at 4 PM EST on November 26th, 2016 as part of CBC’s ongoing Road To The Olympic Games coverage.

Michelle Salt (Calgary, AB) took home the bronze medal in the first Para-Snowboard World Cup of the season this past Thursday. Competing in the women’s LL1 category, Salt’s third run in Banked Slalom saw her take to the podium in Landgraaf, NED. After medaling in every race she started in last season, Salt is poised for another successful year heading into the Big White 2017 World Para Snowboard Championships.

Canada Snowboard is looking for Writers!