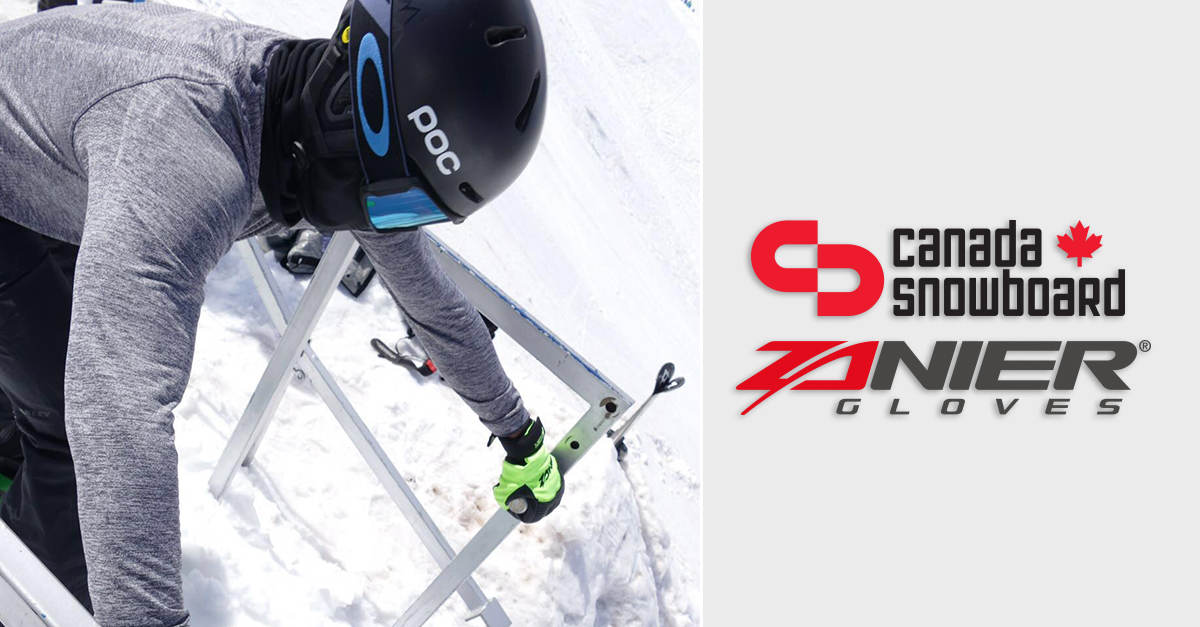 Running through the end of the 2019/2020 season, ZANIER’s gloves will be sported by Canada Snowboard’s Alpine, Snowboardcross, and Para-snowboard teams. For more than 45 years ZANIER has manufactured high quality gloves which stand up to even the most extreme weather and racing conditions. Sported by double Olympic medalist alpine snowboarder Benjamin Karl, ZANIER has a long and successful racing history. Providing gloves to the Canadian speed teams allows ZANIER to reach another echelon of elite riders.

“We are very happy to be a partner of the Canada Snowboard speed teams. For ZANIER it is important to get feedback and know-how from professional athletes, who test our products to its limits. There are no better testimonials than top athletes and sports teams” said Nadine Mauthner of ZANIER Gloves.

Alpine, Snowboardcross and Para-Snowboard athletes will compete all over North America, Europe, and Asia this season in preparation for the PyeongChang 2018 Olympic & Paralympic Winter Games. Having already tested the gloves first hand, Chris Robanske (Squamish, BC) stands by the quality of the product.

“I am very stoked about our partnership with ZANIER. I tested their gloves while training in Chile this past summer and was absolutely blown away by the quality and fit.” said Robanske. “I know that all of the different speed team athletes will be excited to get their hands into some of the highest quality gloves on the market!”

In addition to their product partnership ZANIER Gloves will also provide Canadian athletes with a performance incentive, rewarding riders for reaching the podium throughout the season. With several World Championships, World Cups and NorAm events on the calendar, Canadians are poised for another successful season.