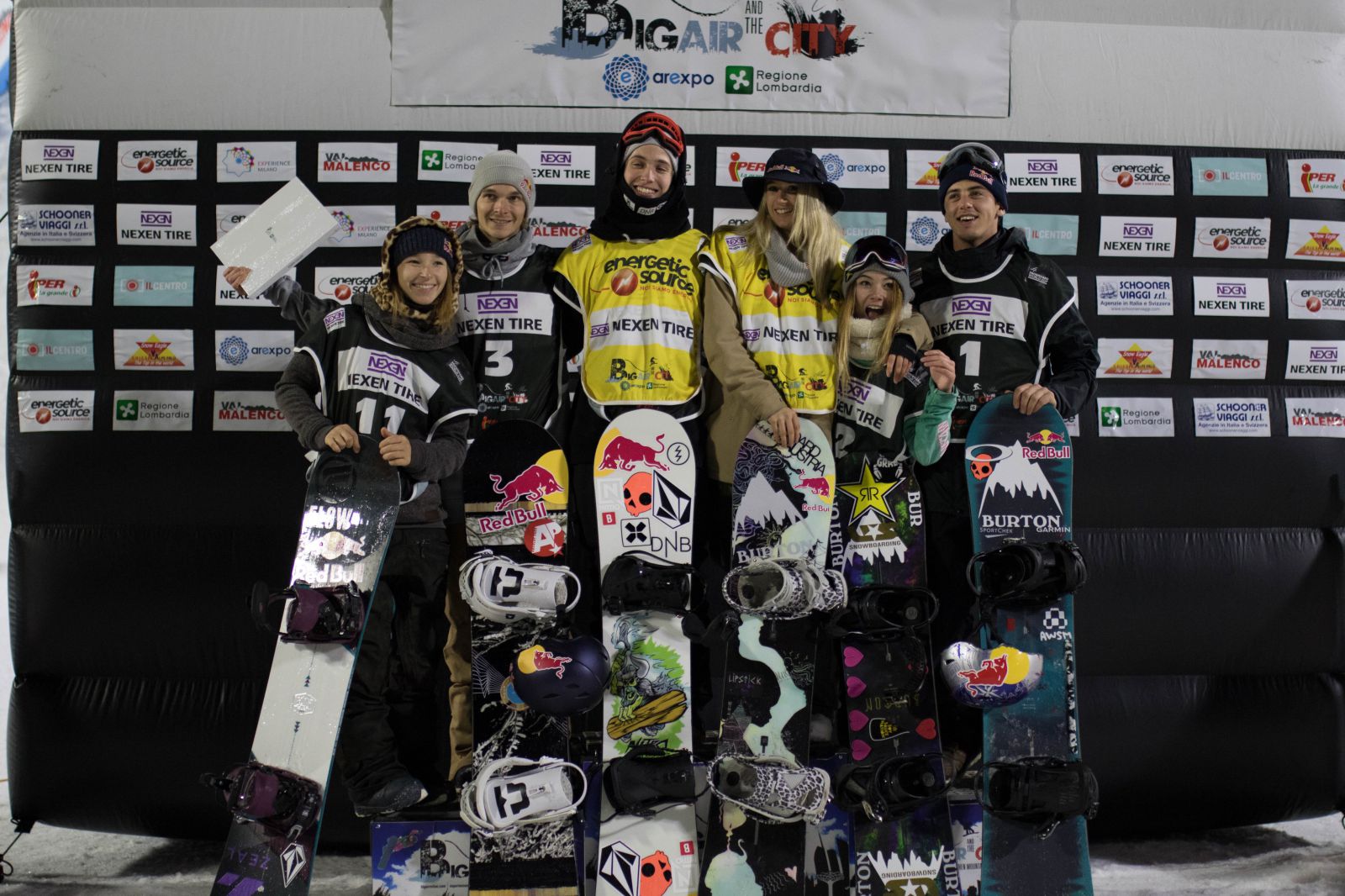 In his first competition since breaking his femur in February, Mark McMorris (Regina, SK)  captured 3rd at the FIS Milan Big Air World Cup on Saturday night.  In a best-of-two three run final, McMorris’ combined final score of 173.00 was enough to earn him a podium spot behind Marcus Kleveland (NOR, 188.00) and Seppe Smits (BEL, 178.50)  in the Inaugural FIS Big Air Super Series event.

“After taking 6 months away from competition it feels really good to come back and land a spot on the podium.” said McMorris. “It’s really nice to get back up there and do what I like to do again. That’s what feels best, just to snowboard again and to be competing.”

After qualifying in 1st place, Mark put down a couple of solid runs in the final, which included stomping a huge switch bs 1260.

As Big Air will make its Olympic debut in 2018, this represents an important step on McMorris’ way to qualify for the winter games. Mark also ranks third overall in the new FIS Big Air Super Series. The male and female riders with the most points after the three stops (Milan, Monchengladbach, Quebec City) will be crowned Super Series Champions.

First of many snowboarding events streaming live on CBCSports.ca

The Milan Big Air World Cup also represents the first of many snowboarding events being streamed on CBCsports.ca. Slopestyle, Big Air, Halfpipe, Alpine, and Snowboardcross events will all be showcased this season as part of CBC’s Road to The Olympic Games coverage. An updated schedule can be found at : http://www.cbc.ca/sports/olympics/winter/snowboard/broadcast