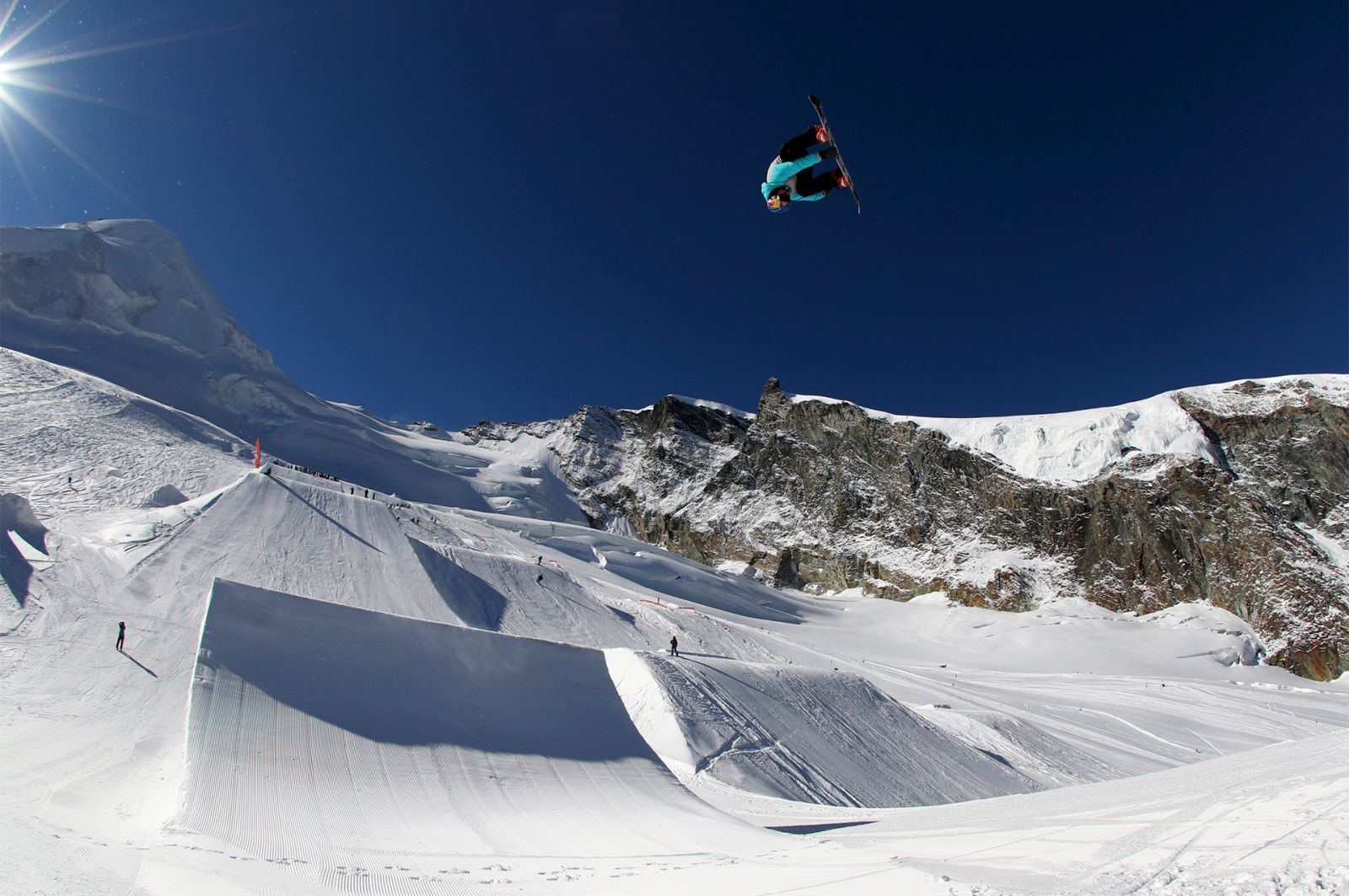 During late summer and fall, there is a break in the competitive snowboard “season”. Just enough time for everyone to catch their breath after the TTR World Champs in April and events in the Southern Hemisphere like the Mile High at Perisher resort. Last year we looked at a few locations we wanted to host a fall camp at. Sebastien Toutant and Maxence Parrot visited Saas Fee last season and learned a few new heavy variations of triple corks (which lead to Max’s Gold Medal in Big Air at X games). So we decided to look into it. After talking with Saas Fee, and our most trusted builder, Charles Beckinsale, we wanted to start something big. From that point, Charles took the lead.

Charles has been building parks for a good amount of time and has turned it into a craft. He has clean lines on all of his features, angles match nicely, and the team feels right at home on the jumps. It also helps that he takes about ½ the time to build a feature than most; a blessing to our budget. You may have ridden a feature of his in Blackcomb park or at Perisher in Australia. If you have and you liked it, tell the park staff that they killed it, I know how hard they work and the time and care they put into those features.

Charles made a huge investment of his time and energy he made Saas Fee happen and called it “The Stomping Grounds”. Once we knew Charles was building it the whole crew was in. Mark McMorris, Sebastien Tountant, Maxence Parrot, Darcy Sharpe, Tyler Nicholson, Mikey Ciccarelli, Max Eberhardt, Jenna Blasman, Laurie Blouin, and Gillian Andrewshenko were all at the camp. The majority of the team had a very successful camp.

The crew had 10 days in October to ride a fun, mellow rail line, 2 perfect jumps - 55ft and 70 ft. And a ½ pipe to jump landing feature. Additionally the public park had an array of jumps in the 30-40 ft range, rails and a good sized hip. Oh, and one amazing bluebird pow day after a helping of light fluffy swiss goodness. Pretty much a perfect team trip. A few coverups in the white stuff, always a bonus.

Saas Fee village was a perfect spot for the team to hang and take in some Swiss culture. The area is one of the most beautiful places in Europe. Tons of hikes and nature to see within 50 steps of your front door. Amazing time of the year too, winter on the glacier and summer/fall in the village there's ridiculous scenery everywhere you look. 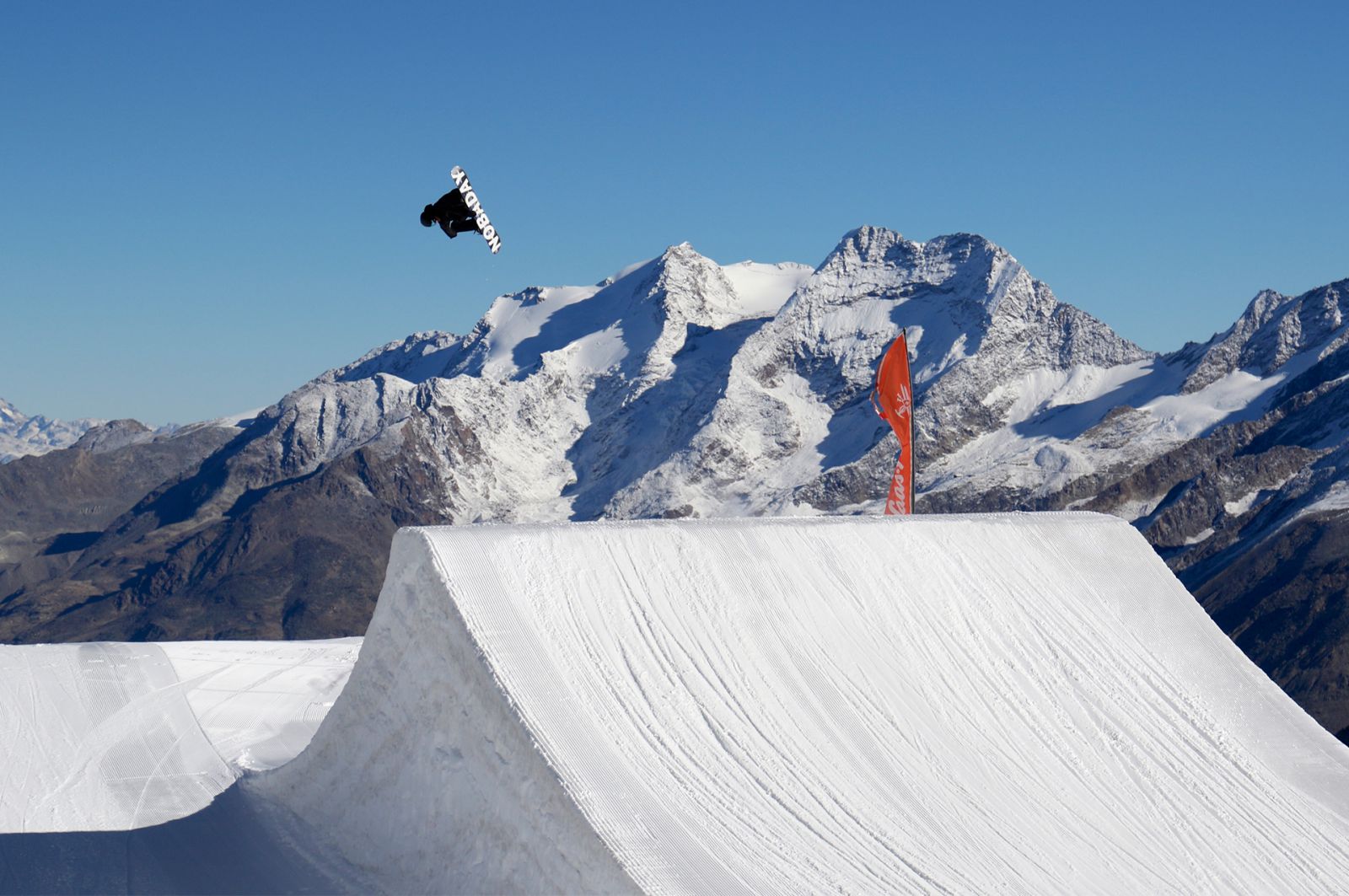 Highlights included an assembly of triple cork variations. The crew fed off of each other’s energy. Mark McMorris lead the charge for the majority of camp. Coming off injury it looked like he hadn’t skipped a beat. Riding with tons of style, learning a couple new tricks and variations of old ones, the kid is back! This lit a fire under the crew. Tyler, Mikey, Max E and Darcy were on it as well. Having a blast on the jump line, getting into riding early each day and nipping at the heels of the big dogs. Maxence is always on, he was doing triple 14’s and 16’s which was expected since he has been crushing it over the past couple of years and beating these tricks into muscle memory. He also put down the world's first double backside rodeo 1440. NBD. Max has been working on building his own style and being more creative with 1’s, 3’s, and 5’s. The robot has a heart and loves to ride on cruise control working on different tweaks and double grabs. Sebastien Toutant had a really good couple of weeks, check his edits out from the trip and it pretty much explains itself. 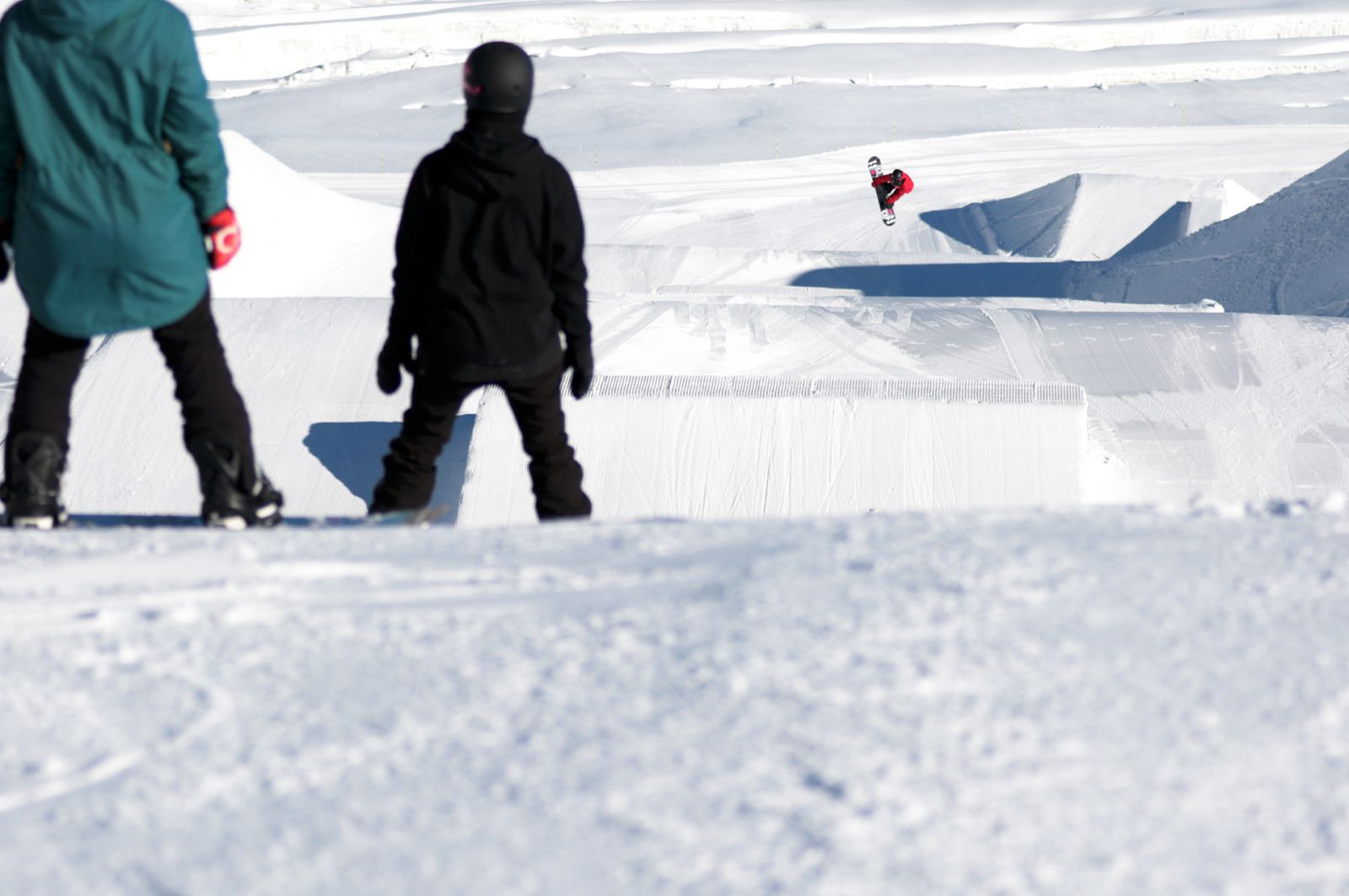 For the ladies, Jenna Blasman was having a great time keeping a positive vibe for the crew, dancing every chance she got. Jenna is coming off of an injury so it was sick to see her get back to the level she was at before she got hurt in Korea last season. Laurie Blouin was charging as well. Relearning backside 7’s and figuring out cab double 9’s. Gillian is also coming off of injury. Testing her ankle out, working hard at rehabbing and getting back to progressing on her board.

As good and light as the camp was there were some battles. On our last day Seb was working on a new and more consistent way of learning a frontside triple cork 1440 (it looks so ridiculous when I write that out). Seb was taking slam after slam learning this new way of doing the trick. He got up every time smiling as he was getting closer and closer. You could tell his adrenaline was going, a high from learning something new on your snowboard. Not that he was learning this trick, since he has been able to do it in the past. But learning it in a way that it could be consistent. Finally on his last go, actually I couldn’t even tell you how many times he tried, he stomped the best frontside triple 14 I have seen him do. Locked toes, spotted most of the way, and rode straight out with hands at his side. The stoke was high for everyone at the camp as he battled that trick, and Seb was pumped on figuring out a way to make the trick more consistent.

So what’s next? Most of the riders will head home or back to Whistler for some down time before the season ramps up. It being an Olympic qualifying year everyone will have a lot of events this season so the downtime now is important. Mark and Spencer are off to Stubai for 2 weeks at Prime Park before the competitive season kicks off! First events for most of the guys will be China Air + Style, Korea Big Air test event, and then off to the newly revamped Dew Tour in Colorado. 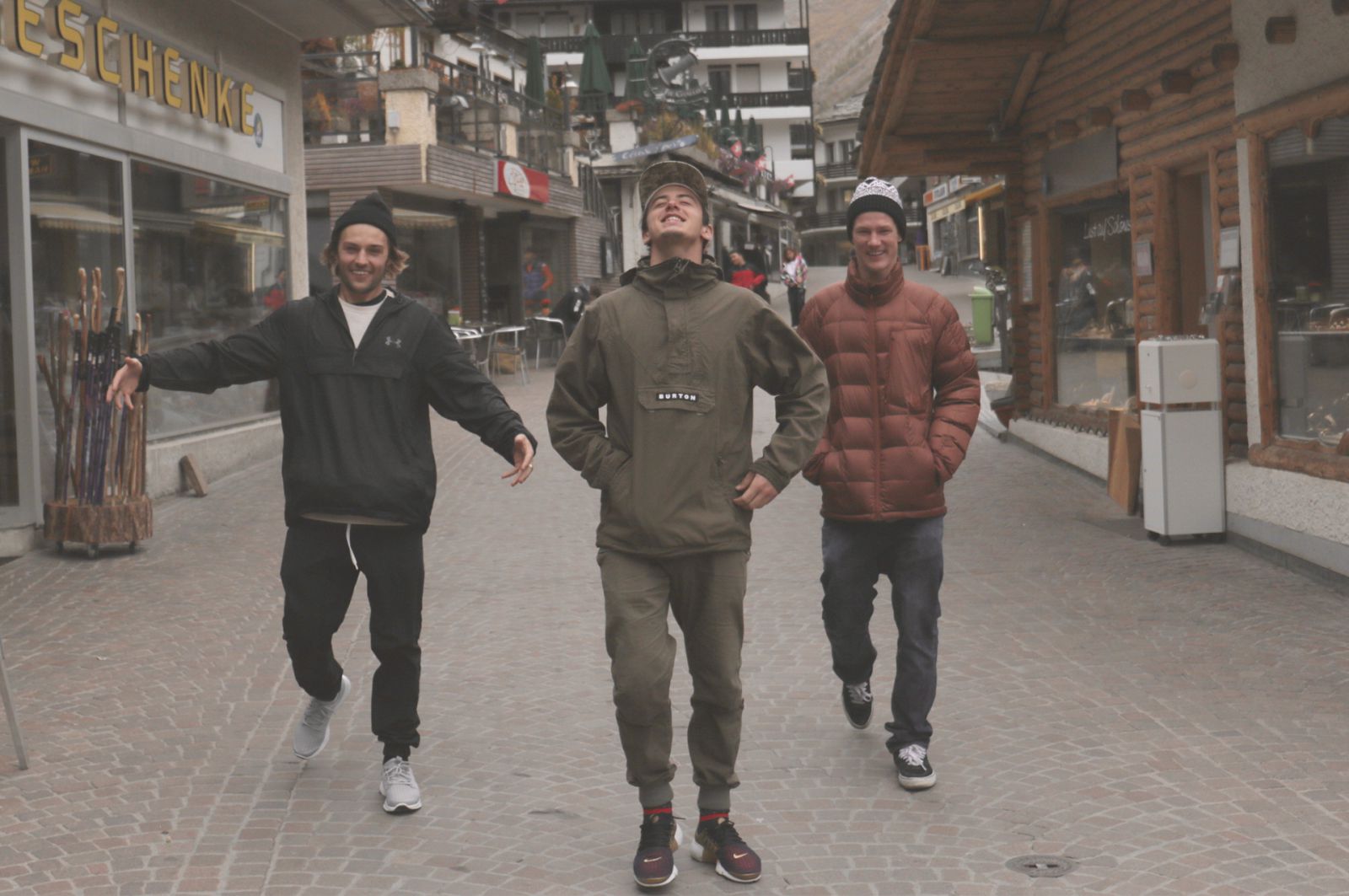 Canada Snowboard Announces the location of the 2016 - 2017 National Championships