Great riding from all our female athletes at Nationals, check out our recap presented by Gawa 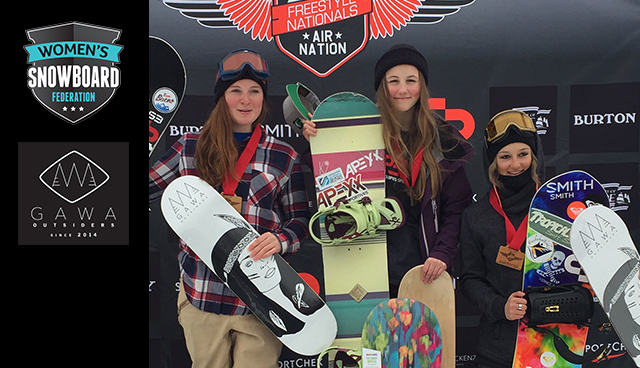 With both Speed and Air Nation Nationals in the books,  we’ve been lucky to witness some great riding from boarders all over the country. The Canadian ladies were no exception, winning medals accross multiple disciplines from halfpipe to snowboardcross. 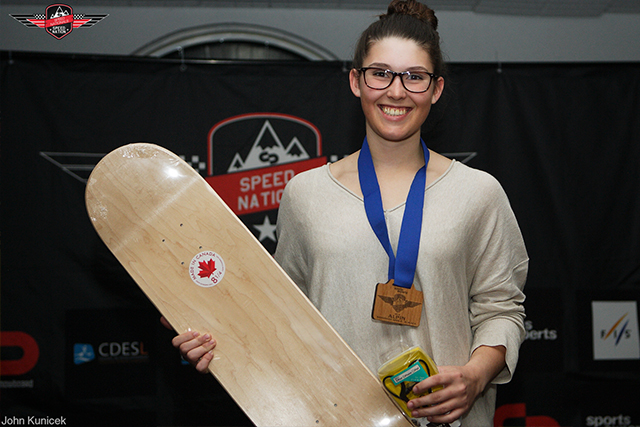 Female riders from all over the world descended onto Mount St. Louis Moonstone, Horseshoe Resort, and Ski Chantecler to take part in the Canadian Freestyle and Speed Nationals. Océanne Fillion (Saguenay, QC) topped the podium during the first ever Sport Chek Air Nation Big Air competition and also took home the overall Canada Cup tour title for the 2015/2016 season. Mercedes Nicoll (Whistler, BC) dominated the Halfpipe, taking home her first gold since coming back from a two year injury  sustained at the 2014 Sochi Winter Olympics. Tess Critchlow (Kelowna, BC) was the clear winner on the snowboardcross course and she was joined by many JR Canadian ladies who showcased Canada’s amazing talents in snowboardcross. With such outstanding results, hard work and dedication to the sport, the future looks bright for female Canadian snowboarders. 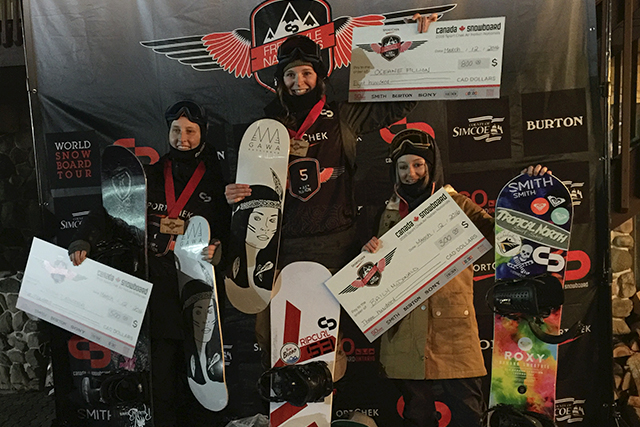 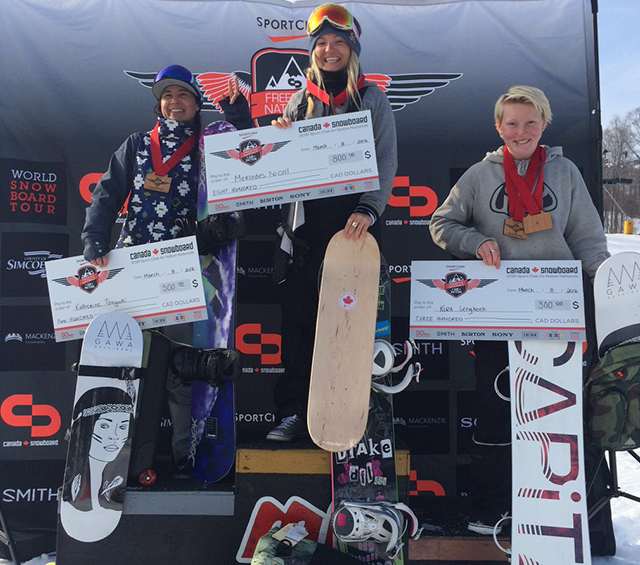 From all of our friends at Gawa Clothing, we would like to thank all of the female athletes who help make these competions great and we hope to see you out next year! For further information on how to get involved with women’s snowboarding check out the Women’s Snowboard Federation and join us on the snow for our featured women only Park Days!

Great riding from all our female athletes at Nationals, check out our recap presented by Gawa