Thrills and spills at Jamboree presented by Videotron Mobile 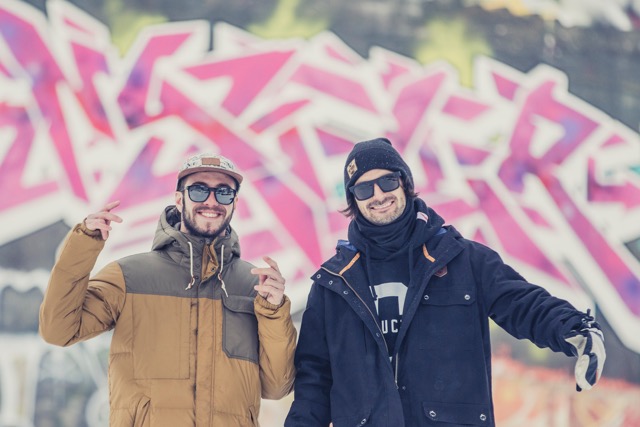 Québec City, Wednesday, February 10, 2016 – February 12 to 14, Québec City will play host to another thrilling edition of Jamboree presented by Videotron Mobile. This 11th edition will stay downtown, ensuring a party atmosphere as the FIS Big Air World Cup, also sanctioned by the World Snowboard Tour (WST), comes to Québec. It’s shaping up to be a don’t-miss weekend, with close to one hundred professional snowboarders and freeskiers ready for action!

The day after Red Bull ReDirect—the event that is set to open Jamboree at the D’Youville parking lot in downtown Québec City—the action will move down to Îlot Fleurie, where 65 athletes from 20 countries will compete on a redesigned ramp. “We went all out this year to comply with the sport’s new requirements and to make sure the world’s best were happy with everything,” explains Gestev president Patrice Drouin. “I’m sure that by the time they leave town, all the athletes will be saying that Québec City has got one of the world’s very best urban Big Air ramps.”

Major changes also mean that spectators are now in the thick of the action, getting up close and personal with each athlete’s personal best. And the chances of a Canadian podium finish are high, with Québec’s Maxence Parrot (Bromont), the Big Air winner at January’s X-Games, trying to repeat the feat closer to home. As for the women, Québec’s Laurie Blouin (Stoneham) could be set to cause an upset after taking home silver last August at the Slopestyle World Cup in New Zealand. The sporting side of things will come to an end in style on Saturday evening as Igloofest sets up camp beside the ramp to warm up festivalgoers as they dance beneath the stars. It promises to be a party to remember as part of the Bud Light celebrations right after the Québec City Winter Carnival parade.

Freeski
With a view to bringing the FIS Freeski World Cup to Québec City, Jamboree presented by Vidéotron Mobile has strengthened its lineup of events this year, making sure that skiers are also in the spotlight. Red Bull ReDirect at 7:30 p.m. on Friday, February 13, features Jeff Houle (who also designed the course) and then there’s the Stairsmaster video contest presented by O’Neill, which includes a Freeski category for the first time ever. The Stairsmaster grand final will be held at Le Boudoir, a nearby bar, immediately following Red Bull ReDirect on Friday night. All categories will share $16,000 in prize money.

Freeski will then move to Îlot Fleurie on Sunday, February 14, with up to 15 skiers ready to take to the Big Air ramp for an AFP (Association freeskiers professional) competition, sanctioned by FQSA (fédération québécoise de ski acrobatique). 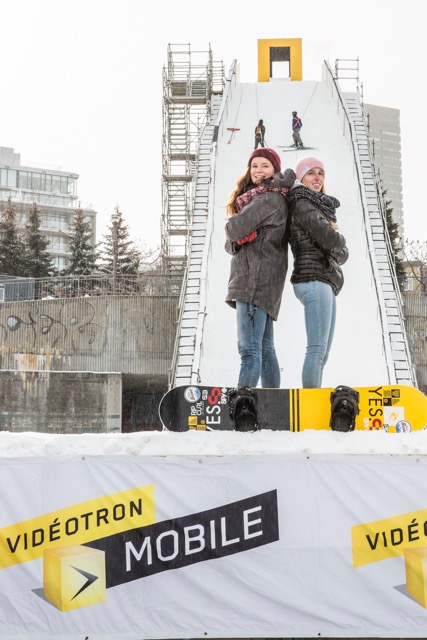 On the side
Alongside the sporting competitions and evening festivities, Jamboree features a packed programme every year, and this year has one exciting addition: the Vidéotron Mobile Bowl! Canada will have never seen the like of it as skiers and boarders perform on Sunday February 14 from 10 a.m. to 4 p.m., with friendship and artistic prowess the order of the day. Anyone looking to have fun tubing will also get the chance on Saturday February 13, from 7:30 p.m. to midnight. It’s another fun way to enjoy winter sports from Vidéotron Mobile.

And since developing the sport is one of the organization’s key priorities, Mountain in the City is back, presented by Tim Hortons in collaboration with Burton Snowboard. There, experts will teach the very best techniques—free of charge. And last but not least, the exhibitors’ village will be open to all, with leading Snowboard and Freeski players (O’Neill, Vans, Épic, La Vie Sportive, and Empire) all on site. 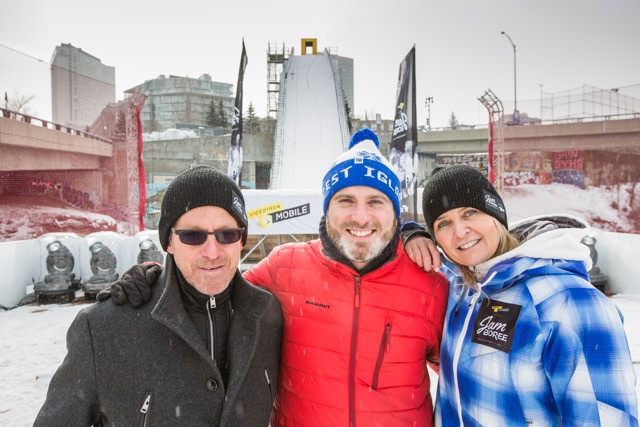 About Jamboree 2016
Since 2005, the Jamboree has become a must in Québec. The ever popular festival is back from February 12th to 14th, 2016, to host a 17th FIS Snowboard World Cup. This 100% freestyle edition which is also a World Snowboard Tour (WST) event will feature the Big Air World Cup, a freeski event, the RedBull ReDirect, the Stairsmaster contest and activities for the whole family. The Québec Winter Events Corporation has tasked Gestev with organizing this prestigious event. Founded in 1992, Gestev is an innovative Québec City-based event management company specialized in sports and cultural events. It is a certified responsible event manager (BNQ 9700-253).

Thrills and spills at Jamboree presented by Videotron Mobile